News coverage of President Donald Trump’s alleged “s---hole countries” remark in January resulted in at least 162 indecency complaints from the American public to the Federal Communications Commission, according to a report.

Much of the ire was directed at CNN, which was among the networks whose reporters repeatedly used the phrase on air, uncensored, Politico reported. NBC News, MSNBC and NPR also were among that group, the report said.

But the FCC’s ability to regulate cable channels such as CNN is more limited than its power to affect "traditional" TV networks such as NBC, CBS and ABC. The agency is only permitted to keep hardcore pornography off cable stations and has no power to fine a network like CNN for profanity.

Among the complaints submitted by viewers: 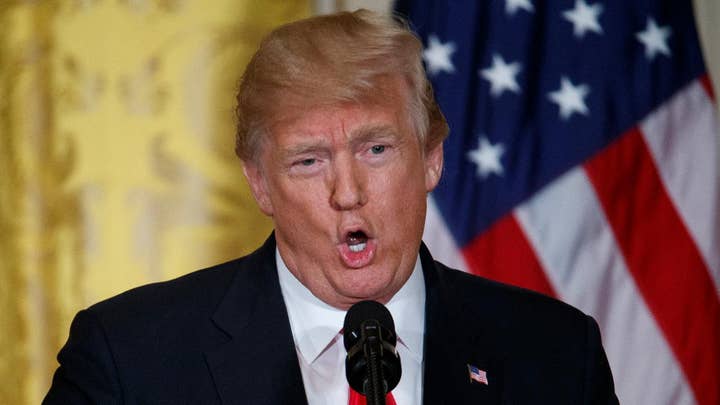 From Portland, Ore.: “CNN is out of control and is attempting to completely undermine the President of the United States. CNN has overstepped their 1st Amendment rights and needs to be punished.”

From Arizona: “My 9 year old daughter keeps hearing and seeing the word Sh--hole all over CNN. CNN needs an R rating or NC-17 rating displaying and saying this type of vulgarity.”

Another individual in Pennsylvania derided CNN as a “trashy channel” for its coverage of the president.

Many however, were ambivalent about Trump himself using the language and suggested what goes on behind closed doors is nobody’s business.

But one individual from Ohio, featured in the Politico report, put it most succinctly to the FCC:

“This is [expletive] and shouldn’t be broadcast over federal airwaves. To solve this problem, the President shouldn’t say sh-- like this.”