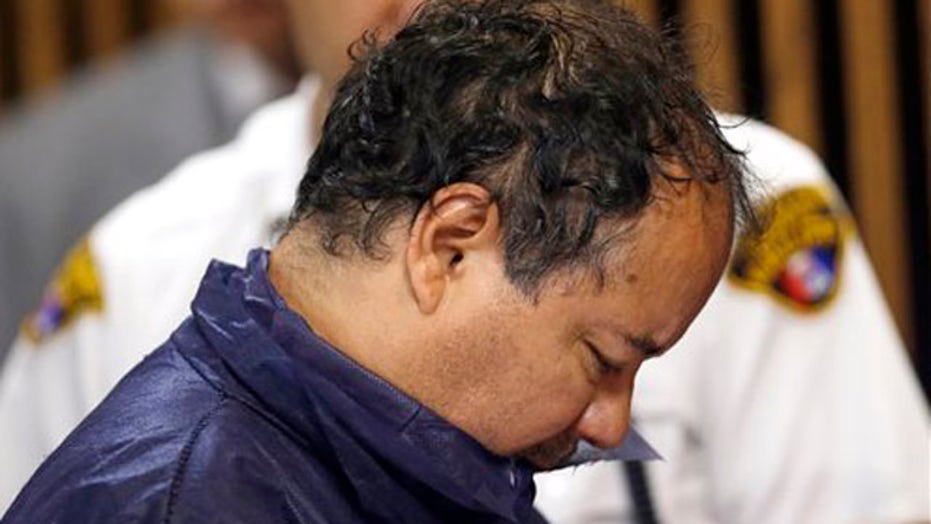 Ariel Castro, the Cleveland man police say kidnapped and held captive three women for a decade, could also face aggravated murder charges for allegedly terminating the pregnancies of his captives.

Based on the facts of the case, authorities said they intend to seek charges not only for the sexual assaults endured by the victims, but also "each act of aggravated murder he committed by terminating pregnancies."

Castro is accused of separately abducting two teenage girls and a young woman and holding them in his home for about 10 years. One of the victims, Amanda Berry, escaped with her 6-year-old daughter. Castro is set to undergo a paternity test to confirm he is the girl's father. Another victim, Michelle Knight, alleges she became pregnant five times and that each time Castro starved her and punched her in the stomach until she miscarried, according to a police report reviewed by the Wall Street Journal.

Authorities may seek the death penalty against Castro.

Castro was arraigned Thursday in Cleveland Municipal Court, where the judge set bail at $8 million.

Castro wore a navy blue jumpsuit and tucked his chin inside his collar as the charges against him were read. He was charged with four counts of kidnapping and three counts of rape. The total bond set was $8 million. Prosecutors had requested bond be set at $5 million, Reuters reported. Suspects do not enter a plea on felony charges in the Cleveland municipal court.

"He did not want to be on camera," Kathleen DeMetz, his court-appointed lawyer, said after the hearing. Once back in jail, he was reportedly placed on "suicide precaution."

Brian Murphy, the assistant prosecutor from Cuyahoga County, told the courtroom that Ariel Castro kidnapped the three women to use them in a "self-gratifying," "self-serving" way.

"Two of these victims endured this horrifying ordeal for over a decade, a third for close to a decade," he said, while Ariel Castro looked toward the floor.

Murphy said the victims were bound, sexually assaulted and beaten. They were not allowed to leave the home, he said.

WATCH: Could Cleveland police have done more in case?

"Today the situation has turned, your honor: Mr. Castro stands before you a captive, in captivity, a prisoner, and the women are free," he said.

Investigators said that the women could recall being outside only twice in the past decade and that they were apparently bound with ropes and chains. Berry gave birth to a daughter, now 6, while in captivity.

The Plain Dealer in Cleveland reported Thursday that Berry gave birth in an inflatable swimming pool. A police report obtained by the newspaper said Castro forced another of his alleged captives, Michelle Knight, to deliver the baby and threatened to kill her if the infant did not survive. The baby stopped breathing, and Knight resuscitated the child by mouth-to-mouth, the report said.

Two of the alleged victims, Berry and DeJesus, were reunited with relatives Wednesday in Cleveland. They were greeted by supporters and a large media presence outside the homes. Berry was seen from a helicopter entering her sister's home with her six-year-old daughter.

Knight, the other alleged victim, has been hospitalized at MetroHealth in the area and listed Thursday in good condition.

Castro's brothers, who were initially arrested in connection with the investigation, were alongside him in the courtroom after spending four days in jail, but evidence did not support kidnapping charges against them.

Pedro Castro, 54, one brother, pleaded no contest to an open container charge and Onil Castro, 50, had minor misdemeanors from 12 years ago dismissed. The two were released after spending four days in jail.

Ariel Castro, 52, lived in the downtown Cleveland area for 39 years, had no prior felony convictions. He was living on unemployment payments.