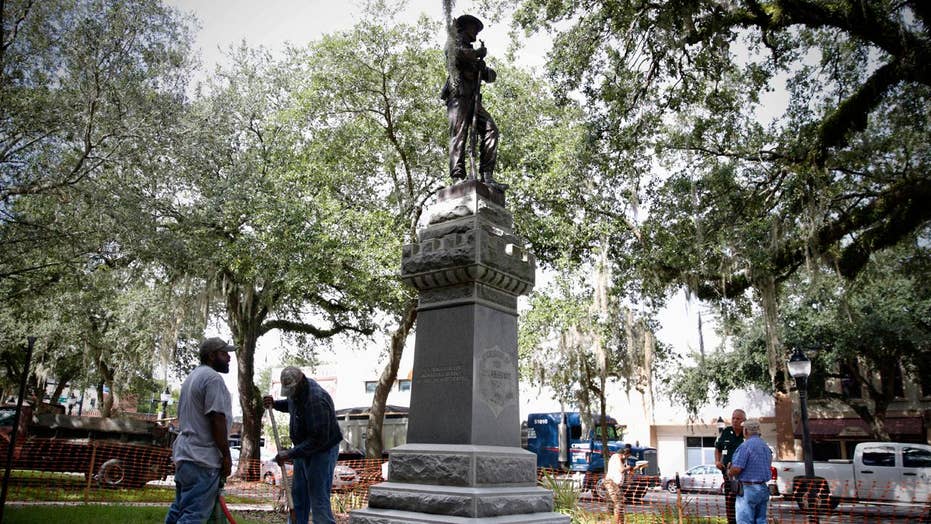 Ohio's capital city may be named for Christopher Columbus, but that hasn't stopped the city council of Oberlin, Ohio, from voting to abolish Columbus Day and replace it with Indigenous People’s Day.

The city, home of Oberlin College, is the first in Ohio to no longer recognize Columbus Day.

The council voted unanimously Monday after a public discussion with residents in which two sides clashed on whether the city should stop celebrating Columbus' 1492 arrival to the Americas, the Columbus Dispatch reported.

“Columbus Day is a touchy subject for some folks. However, the history of Columbus Day speaks for itself,” a supporter of the change told FOX8.

But some residents came out against the change, claiming Columbus Day is about celebrating Italian-American heritage rather than the explorer.

“Columbus Day is a day of Italian-American pride. And I am really disheartened at the ease with which Oberlin City Council is doing away with a day that celebrates Italians,” one resident told FOX8.

"Columbus Day is a day of Italian-American pride. And I am really disheartened at the ease with which Oberlin City Council is doing away with a day that celebrates Italians."

“It sounds a little ridiculous. I think we should keep American holidays they way there are," seconded another Oberlin resident.

Others argued that Indigenous People’s Day could be celebrated -- but on a different date -- to avoid pitting Italian-Americans and Native Americans against each other.

Proponents of the move, meanwhile, claimed the Native Americans who live in the area ought to be honored.

“It’s never too late to do the right thing,” she quoted, according to the Morning Journal. “And I think that it is time for us as a community to take the words of our indigenous people and do the right thing.”

According to the 2010 U.S. Census, only 0.2 percent of Oberlin residents are American Indian or Alaskan native.

Columbus has been among the historical figures recently targeted by left-wing activists and local governments looking to remove any references to figures associated with mistreatment of minorities.

Last Saturday, according to the Columbus Dispatch, around 100 protesters rallied in Columbus, demanding the local city government to remove statues of Christopher Columbus.

“Christopher Columbus was an agent of and continues to be a symbol of the genocide of the indigenous peoples of the Americas,” rally attendee Elissa Washuta said.

“Charlottesville is not an anomaly,” claimed one of the demonstration organizers, Tynan Krakoff, referring to the Virginia city where violence erupted earlier this month. "There are symbols and institutions of white supremacy everywhere."

On Monday, New York City Council Speaker Melissa Mark-Viverito said a 76-foot statue of the explorer at Columbus Circle in Manhattan could be the next to go following a review, the New York Post reported.

The council speaker made her objection while condemning another statue – that of Dr. J. Marion Sims – which some residents want removed, saying he is known to have conducted medical experiments on slaves.

Mayor Bill de Blasio has also reportedly said he will “look at that and make decisions accordingly” regarding the statues in the city.

“We’re going to look at all statues and monuments that in any way may suggest hate or division or racism, anti-Semitism — any kind of message that is against the values of New York City,” the mayor said.