The deadly Chicago apartment over the weekend claimed its ninth victim. (AP)

Authorities in Chicago on Monday said a ninth victim died in an apartment fire over the weekend that authorities believe may have been started by fireworks, cigarettes or other smoking materials.

Fire Department spokesman Larry Langford said investigators learned that children had set off fireworks on the porch in the past and that people had smoked cigarettes there.

The fire, which broke out around 4 a.m. Sunday in a three-story complex in Chicago's Little Village neighborhood, killed seven children and two adults. Investigators did not find working smoke detectors in the apartment building.

"We have not had this in many, many, many years -- this amount of fatalities and injuries in one location," Fire Commissioner Jose Santiago told reporters, adding that one of the children killed was an infant

The medical examiner’s office released the identity of three of the children who died in the blaze as a 3-month-old Amaya Almaraz, 10-year-old Giovanni Monarrez and 16-year-old Victor Mendoza. All three were listed as residents of the block where the fire happened.

Although an exact cause has yet to be determined, Langford said children have set of fireworks on the porch in the past and it was also a spot where people smoked cigarettes. He said investigators have ruled out any problems with the buildings electrical system as a cause, and don’t believe it was set deliberately. Langford did point out that if there were working smoke detectors, the victims could have made it out alive. 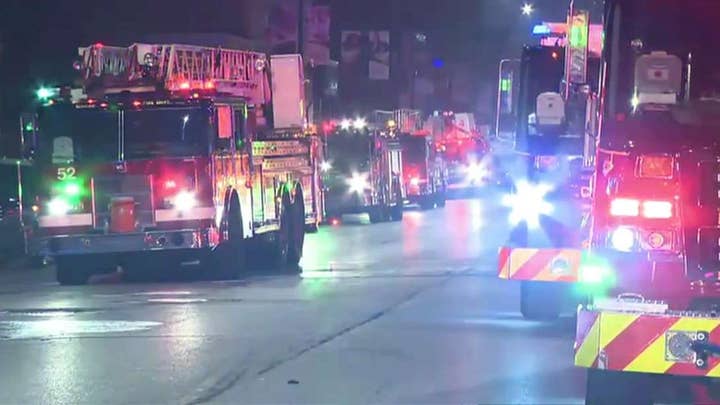 "Because of where it started, (on the rear porch of a rear building), if they had at least one smoke detector, they would have woken up and walked out the front door," Langford said. "They could have grabbed everyone and made it out a stairway and outside (because) they had a clear shot at the front door."

The Chicago Sun-Times reports that the city's Buildings Department says the apartment building's owner is due in court next month after being cited for two electrical violations.

The fire is Chicago’s deadliest since at least 2000, and possibly since 1993, when 19 people died in a blaze that engulfed a single room occupancy residential hotel.