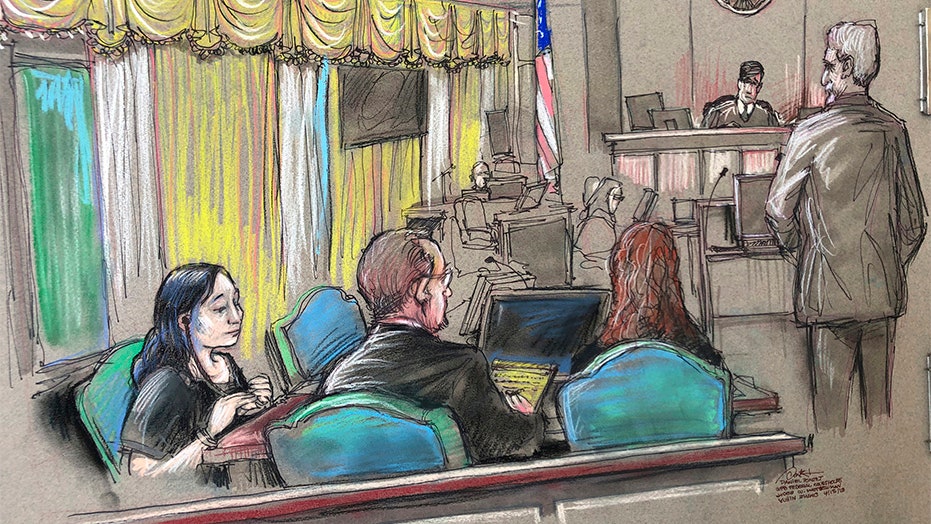 A Chinese woman accused of illegally entering President Trump’s Mar-a-Lago resort will be allowed to represent herself at her upcoming trial despite a judge warning her not to and insisting that she is making a “very bad decision.”

U.S. District Judge Roy Altman found Yujing Zhang on Tuesday to be competent and intelligent, granting her request to fire her public defenders and be her own lawyer, as is her legal right. But he also ordered her attorneys to remain on standby, sit in the gallery at all hearings, assist if she requests help and resume their roles if she finds the task too difficult and changes her mind.

"I think she is making a very bad decision, but I also think the decision is her own decision," Altman said.

Zhang, a 33-year-old Shanghai business consultant, has pleaded not guilty to charges of trespassing March 30 at Mar-a-Lago and lying to Secret Service agents when they confronted and arrested her. They say she was carrying a computer, cellphones and other electronics and had additional gear and significant cash at a hotel room in the area, but she has not been charged with espionage. Zhang faces up to six years in prison and $250,000 in fines if convicted. She is being held without bond.

The judge did his best during an hourlong pre-trial hearing Tuesday to dissuade Zhang from opting to represent herself, but she said she had studied Chinese law for a few months several years ago and has done some reading on American law since her arrest.

Zhang, dressed in a gray jail jumpsuit with her arms and legs shackled, also insisted that the hearing be conducted without a Mandarin translator, but the Associated Press says she struggled at times with the English language, such as when she failed to recognize that "counselor" is a synonym for lawyer. Still, she repeatedly told Altman she understood him. For his part, Altman repeated himself when it seemed he had doubts.

Zhang first asked to fire her own attorneys during a hearing on May 21.

"I don't need the attorneys, thank you," Zhang had told Altman through an interpreter at the federal courthouse in Fort Lauderdale.

U.S. attorneys typically attend law school for three years and must pass a bar exam. They usually then work with experienced lawyers before trying cases on their own.

Altman on Tuesday covered for her step-by-step how a trial would be conducted: with jury selection, opening statements and closing arguments; witnesses questioned and cross-examined; and evidence presented. He showed her the 3-inch-thick books governing jury instructions and sentencing.

He warned there are complicated rules governing each area. She would have to follow them, Altman told her, and it would be up to her to object when prosecutors didn't. He said he would not be able to help her.

The judge also seemed to surprise her, the Associated Press says, when he told her that prosecutors would give her all the evidence they expected to use to prove her guilt, along with any evidence they have that might show her innocence.

"The government will provide me both the good things and the bad things?" she asked.

"Isn't it an amazing system?" he replied. "That's their obligation under the law."

Giving Zhang one last chance Tuesday to change her mind, Altman pointed out that her public defenders, Kristy Militello and Robert Adler, are good attorneys and had already done some excellent work on her behalf. And they are free, he said.

"You will sit by yourself," he told her. She stood firm.

When Altman demoted Militello and Adler to standby status, they moved into the gallery, two rows behind Zhang.

Altman ordered them to provide Zhang with law books. He told Zhang to study the books and to read and examine the evidence.

As the hearing ended, the judge set a trial date of Aug. 19, telling Zhang she had two months to prepare. She asked if that date could be changed. Altman said maybe; did she need more time than that?

Zhang said no; she might actually want the trial to start next month.

Altman said to let him know.

Fox News’ Travis Fedschun at the Associated Press contributed to this report.