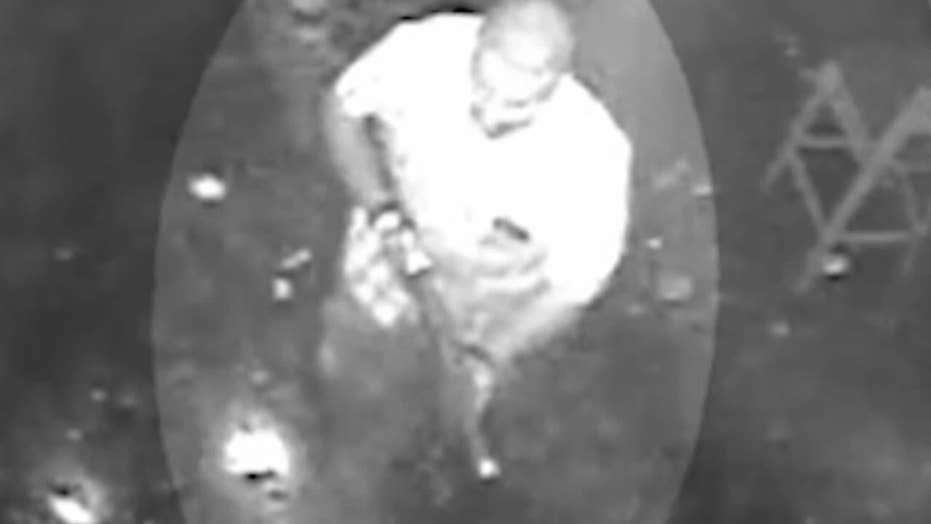 Surveillance video shows the moment Omar Mateen entered the Pulse nightclub and opened fire. Footage was released as part of case against his wife Noor Salman.

Chilling surveillance video of terrorist Omar Mateen entering the Pulse nightclub in Orlando and shooting victims in the midst of the 2016 murder spree was shown to jurors Friday as part of the federal trial against Mateen's wife, Noor Salman.

Salman has been charged with aiding a terrorist organization and obstruction of justice in the trial that started March 14.

Jurors watched graphic videos Thursday that showed the massacre unfolding at the gay nightclub. The videos were released to FOX35 the following day.

In the footage, which has been edited to not show any graphic images, Mateen is seen entering Pulse on June 12, 2016 without a gun and paying a cover charge to get in. He's then seen scoping out the scene as his victims dance and enjoy themselves inside.

Mateen later leaves the club, but then comes back with a gun in his hand and immediately begins shooting as he walks through the door. As the gunfire begins, victims start collapsing over one another, falling like human dominoes.

In another video, this one taken from a police helicopter, officers can be seen surrounding the club and opening fire from the outside, flashes of light visible from bursts of gunfire as cops confront Mateen and ultimately kill him.

Police can be seen opening fire outside of the Pulse nightclub during the 2016 massacre. (FOX 35)

As Salman watched the video of her husband spraying bullets in the club, she shielded her face from the graphic content as it was shown to the jury, the Orlando Sentinel reported.

In the videos, Mateen moved toward a bar in the back of the club, before shooting again. The video showed him reloading as people near him tried to crawl to safety. Mateen was the only person left standing at the time.

PULSE NIGHTCLUB TRIAL FOR NOOR SALMAN BEGINS: WHAT TO KNOW ABOUT THE ORLANDO SHOOTER'S WIDOW

The video als0 showed him opening fire again, shooting people already laying on the dance floor. Jurors watched as Mateen walked toward the restroom and began firing shots into the bathroom stalls, where some had taken refuge.

Mateen, who had pledged allegiance to ISIS, was killed by police in the hours after the shooting. At the time of the attack, it was the worst mass shooting in modern U.S. history.

Salman has pleaded not guilty to charges of aiding and abetting Mateen's allegiance to ISIS.

Prosecutors have said Salman knew Mateen was buying ammunition for his AR-15, helped him spend thousands of dollars before the attack and knew about his plan when he left the house in the hours before the shooting. They also say she lied, tried to mislead FBI agents and had knowledge of her husband's fascination with violent jihadist videos and terrorism.

How much did the wife of the Pulse gunman know?

Mateen had described a wife who knowingly went to at least two locations with Mateen to "scout" sites of potential terrorist attacks. One was City Place, an open-air shopping center in West Palm Beach. The other was Disney Springs, a crowded dining and shopping area near the famed theme parks, Assistant U.S. Attorney James Mandolfo said.

Salman's attorney, Linda Moreno, argued in opening statements last week that some of the claims are contradicted by cellphone records and other evidence. She said Mateen decided to go to Pulse at the last minute.

"Omar Mateen didn't know where he was going that night," she said. "And if he didn't know, how would his wife know?"