Chicago has some 60 gangs, with several hundred factions within them. The city has had more than 450 homicides this year, many of which police have linked to gangs. (File)

The last weekend of October left five killed and 38 wounded as Chicago’s crime wave continued with no sign of stopping.

The dead included a teenage boy, police said. The 16-year-old died during a drive-by shooting in the Chicago Lawn neighborhood on the South Side, WLS reported.

Kenjuan D. Scott, 23, was another homicide victim, shot in the chest while riding in a car. Paramedics rushed him to the University of Chicago Medical Center where he died, reports said. 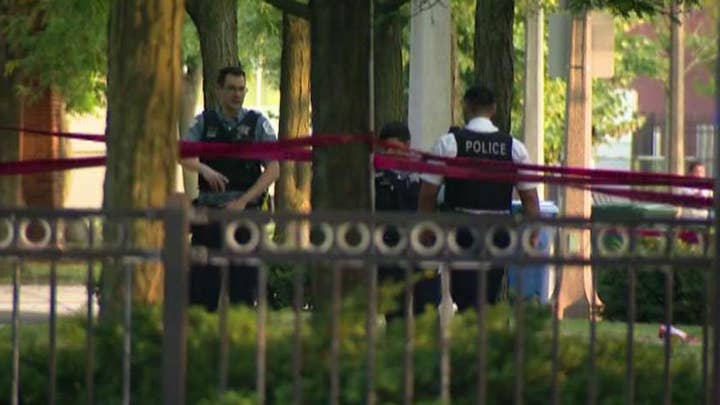 The other dead included several killed in drive-by shootings.

Chicago has some 60 gangs, with several hundred factions within them, according to investigators. The city has seen more than 450 homicides this year, many of which police have linked to gangs.

Members of a Chicago street gang suspected of killing at least 11 people and terrorizing a South Side neighborhood for years were charged as part of a joint federal and state investigation announced Friday.