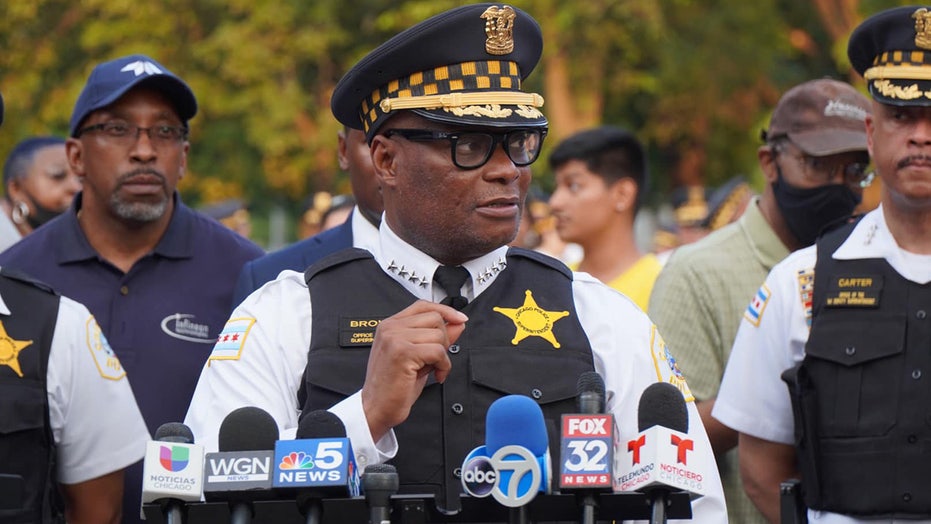 Chicago authorities on Monday said that 70 people were shot and 12 were killed amid another violent weekend in the city.

Chicago's WLS-TV reported that the first fatal shooting occurred Friday when a gunman shot a man multiple times who was walking near the sidewalk in the city's South Shore, Chicago police said.

The victim was taken to the University of Chicago Medical Center where he was pronounced dead. His name has yet to be released.

On Saturday, a drive-by shooting left a man fatally shot in Austin on the city's Northwest side. The 37-year-old victim was standing on the sidewalk with a group of people about 1:15 a.m. when someone inside a blue vehicle opened fire, police said. The unidentified man was shot in the head and was rushed to Loyola University Medical Center where he was pronounced dead.

At the same time, a shooting in the South Side neighborhood of Englewood killed a teenage boy and left another seriously wounded, the Chicago Sun-Times reported.

The teens, ages 15 and 17, were in the backyard of a home around 1:15 a.m. when a gunman opened fire, police said. The 17-year-old was shot in the chest and was pronounced dead at a local hospital. The other boy was shot in the stomach and was taken to the hospital in serious condition.

On Saturday night, a man was fatally shot as he smoked a cigarette in front of a 24-hour convenience store he worked at on the South Side, according to the paper.

The victim, Theodore Smith, 44, was standing outside the store when a gunman walked up and shot him in the chest, police said. He was pronounced dead at the University of Chicago Medical Center.

Two people were also shot Saturday in the neighborhood of Englewood, including a 17-year-old boy.

The victims were standing in the street about 12:45 a.m. when someone inside a black-colored car opened fire, police said.

FOX 32 of Chicago reported that at least 212 kids, under the age of 17, have been shot in Chicago this year.

On Sunday, a man was shot and another was stabbed after two suspects approached them around 3 a.m. in the neighborhood of River North.

The 25-year-old man was shot in the leg by one suspect. The other victim, 23, was stabbed in the lower back by the second suspect, police said.

At least 11 people were killed, and 56 shot were shot last weekend.