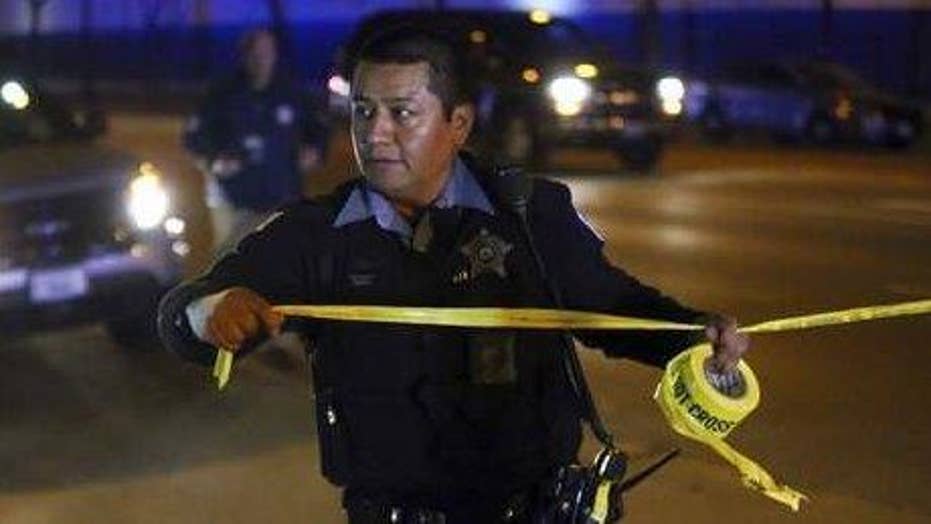 Chicago police were hunting for possible suspects Wednesday after two officers were shot and wounded on the city's South Side.

One officer was shot in the arm and the other was hit in the back Tuesday night, a police source told Fox News. "We believe that the officers were definitely targeted," police spokesman Anthony Guglielmi told The Associated Press.

The source said rival gangs were shooting at each other before turning their guns on the officers, but police said later Wednesday there was no initial gunfire before the officers were hit.

Both officers are expected to recover. They were wearing civilian clothes at the time but had on vests with police badges on them, Guglielmi said. The officers were working in an unmarked van, police added.

Investigators on Wednesday had questioned three persons of interest and had a female in custody who may have driven one of the vehicles suspected to belong to the offenders. That vehicle and one of the rifles used in the shooting were recovered.

Police said guns, ammunition and rifle magazines turned up in the house where the female was staying.

The shooting unfolded in the crime-ridden Back of the Yards neighborhood.

Chris Villanueva, 36, said he was walking back to his car in a strip mall parking lot south of the shooting scene, when he heard about a dozen rapid-fire shots. "I thought it was fireworks maybe, but around here you hear gunshots a lot," he told the Chicago Sun-Times. "Next thing, cops are everywhere."