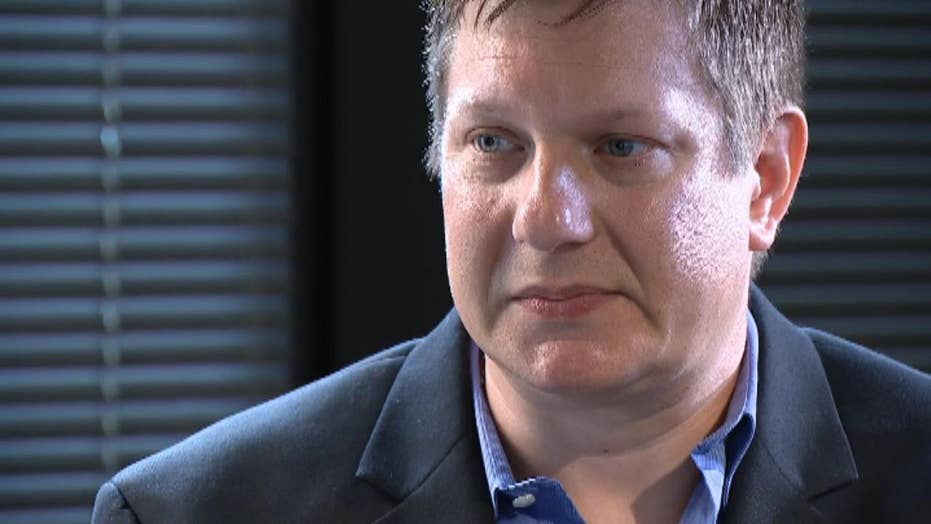 The Chicago police officer who fired 16 shots that killed a 17-year-old teen armed with a small knife and sparked massive protests when video of the incident was released said Wednesday he was just doing what he was trained to do, and that the case brought against him is motivated by politics.

Officer Jason Van Dyke spoke with FOX32 in his first televised interview ahead of his trial, which focused on him struggling with suicidal thoughts, potentially serving time in jail and fears for his family's safety.

"I'm extremely nervous," he told the station. "I'm petrified at the fact that I may be going to prison for the rest of my life for an act that I was trained to do by the Chicago Police Department.”

During the nearly hour-long interview, which had conditions set by Van Dyke’s attorney to not discuss details of the 2014 shooting of Laquan McDonald, Van Dyke said he had several encounters with people holding guns or knives, but used his training in de-escalation rather than force.

"I never had to fire my gun at an individual, an offender. Never wanted to. Nobody wants to fire their gun," he said.

Officer Jason Van Dyke says that he is "petrified" days before jury selection in his trial is set to begin. (FOX32)

Van Dyke was arrested in November 2015, a year after the shooting and on the same day that the video showing him shooting McDonald 16 times was publicly released. The Chicago Police Department has suspended Van Dyke without pay, and he's been charged with first-degree murder.

In his first interview with the Chicago Tribune, he described the shooting as the worst day of his career before his attorney, Daniel Herbert, interjected not allowing Van Dyke to complete his thought.

“Obviously my darkest day was the night of the shooting,” he told the Tribune. “Just overwhelming amounts of everything at once: emotions, adrenaline —”

“Don’t get into any pre-shooting,” Herbert said, according to the paper.

With jury selection set to begin next week, Van Dyke told FOX32 he believes that there was political pressure by then-State’s Attorney Anita Alvarez to charge him hours before the video was released.

"I strongly believe that politics was heavily involved with this since the beginning," he said "I would like the jury to know the facts of the situation that happened... And I would like them to make a decision based on evidence and not on opinion."

The release of the shooting video sparked massive protests throughout Chicago, with hundreds gathering through streets in the downtown and near South Side areas, including outside the police department's headquarters. Van Dyke said Wednesday he believed people have a "right to protest," but depictions of him by some as being a racist by some are not true.

"I would say that this is a false narrative by people who are trying to confuse fact with their own opinion," he told FOX32. "Anybody who knows me knows I'm not a racist.”

Van Dyke believes the case against him was "heavily influenced" by politics. (FOX32)

After the shooting, Van Dyke said he went home in a daze, collapsed in the shower, but couldn't tell his wife what happened because he didn't want her breaking down before work.

"Taking a person's life is not something I take lightly at all...it’s… it’s… it's very conflicting with [my] religious beliefs," he said. "I never would have done this if I didn't think my life or somebody else's life was in danger."

McDonald's family, however, said the interviews are nothing more than a calculated effort by Van Dyke's lawyers to influence potential jurors in the trial.

“If I was his attorneys, I would tell him to say exactly what he said,” McDonald's great-uncle, the Rev. Marvin Hunter, told FOX32. “I’m certainly not going to do anything to try and influence anyone. I think that this tour, if it's nothing else, it is trying to write the narrative of what a juror should or shouldn't think."

Attorney Jeff Neslund, who represented the McDonald Family in negotiations for a $5 million settlement with the city, said that Van Dyke is speaking out to try to win over potential jurors before the trial even starts.

Is the shooting justified in Laquan McDonald's killing?

“I think it's a rather transparent attempt here to try to influence the jury pool," he said. "You go on this publicity tour a week before the trial starts. After asking for secrecy and filing everything under seal. I think it's a little obvious and transparent what the defense is trying to do here."

It is unclear how the judge, who has prohibited the attorneys from discussing the case outside of court, will react to the interviews or how it might affect any decision on a change of venue motion filed by Van Dyke's lawyers. The defense team argues that the pretrial publicity has made it impossible for Van Dyke to receive a fair trial.

Convictions in murder cases against on-duty police officers are extremely rare. Only six non-federal police officers have been convicted of murder in such cases — and four of those convictions were overturned — since 2005, according to data compiled by criminologist and Bowling Green State University professor Phil Stinson and shared with The Associated Press.

Earlier this week, a former Dallas-area police officer was found guilty of murder after fatally shooting an unarmed black teenager as the boy left a house party with his friends.