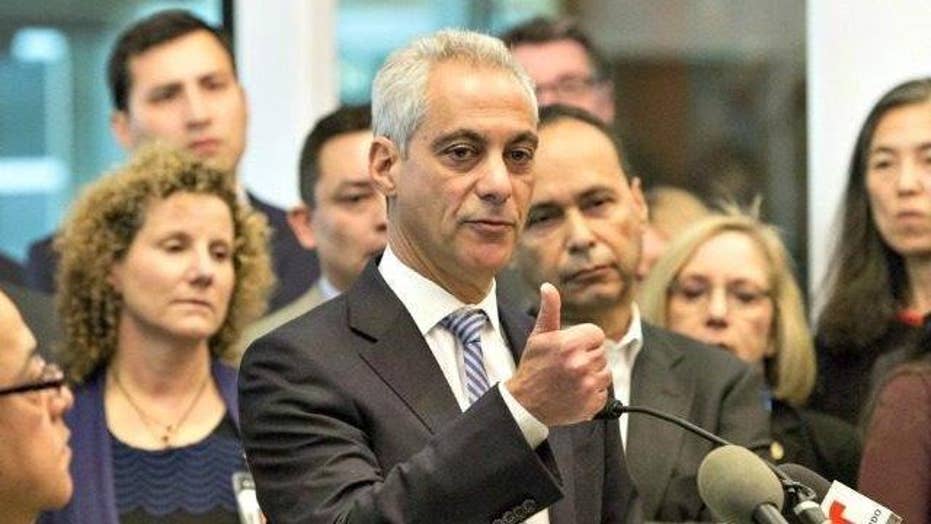 Chicago moves forward with plans for IDs for residents

Applicants will not have to prove they are legal residents; Matt Finn reports

A Chicago plan to give government-issued identification cards to anyone living in the city will make getting a fake ID much easier, a city alderman said.

“Is this going to be a way for people get fake identification? I think there's a strong chance for that happening,” said Chicago Alderman Nick Sposato.

Critics also think the program is a ploy for Chicago Mayor Rahm Emanuel to pick up Latino votes as he potentially gears up to run for mayor again.

“I think it's all about votes. I mean, I think they're just trying to please a certain demographic in the city to say: ‘Hey we're for you, we support you and I think that's what it's about,’” Sposato said.

Emanuel is forging ahead with plans for the million-dollar program, despite the criticism.

"Chicago will never relinquish our status as a welcoming city,” Emanuel said at a recent press conference.

The city says the free IDs will help those who currently struggle to get one – like the homeless, formerly incarcerated and undocumented immigrants – live a better life.

Villegas says an applicant will not have to prove U.S. residency. The city’s website states that a person will be required to prove they live in Chicago but it does not mention U.S. residency documentation.

A spokesperson for the Chicago City Clerk, Kate Lefurgy, told Fox News all rules are still being drafted.

Sposato said the program could create an underground market for ID scams.

Villegas acknowledged, as with any system, there might be some bad actors.

"There are going to be penalties in place for those that do commit fraud,” he said.

The city is currently taking bids to develop the software that will administer the IDs and is finalizing what types of documents it will accept and if an applicant will need someone to vouch for them.

“Security and fraud protection are our top priorities,” LeFurgy wrote in an e-mail. “Like the other offices across our state that administer government IDs, we will have trained professionals who will authenticate these documents. “

Villegas says Chicago decided to pick up the speed of the program after president Trump was elected.

"This ordinance was already being worked on but there was a sense of expediency once the administration changed at the national level,” Villegas said.

Chicago's ID program was modeled in part after San Francisco's, which has issued more than 20,000 IDS. That city has sworn it will protect immigrant information from the federal government.

Sposato believes the Chicago program will end up costing at least three times more than the million-dollar budget.