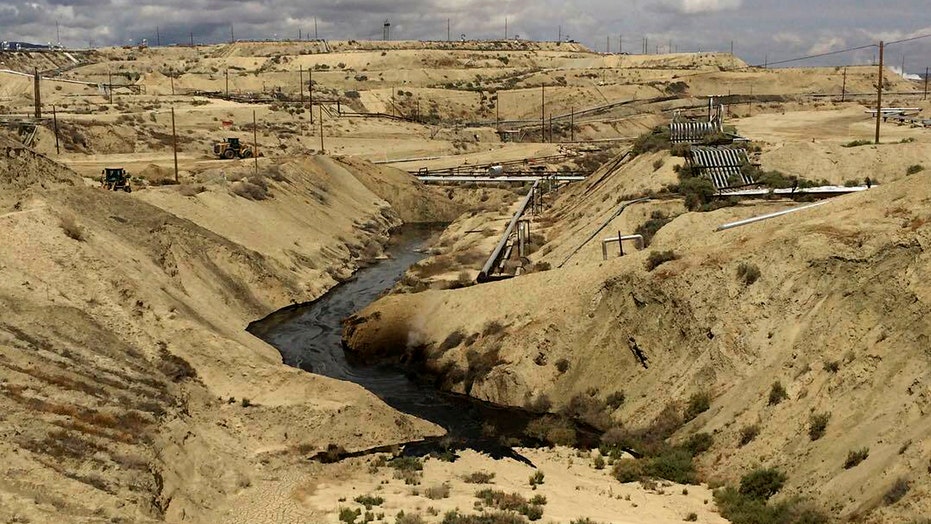 Chevron crews have begun to clean up a massive and ongoing oil spill in California after nearly 800,000 gallons of oil and water were dumped into a canyon near Bakersfield in May.

The company recently revealed that 794,000 gallons of water and oil have leaked out of the ground where Chevron uses steam injection to extract oil in the large Cymric Oil Field about 35 miles west of Bakersfield.

Spokeswoman Veronica Flores-Paniagua told The Associated Press on Friday that the latest flow has stopped and officials have now begun the process of cleaning up the affected areas.

According to the California Department of Fish and Wildlife’s Office of Spill Prevention, the cleanup and ultimate investigation into what caused the oil flow were somewhat delayed as officials had to ensure there were no dangerous fumes or sinkholes that could trap workers or heavy equipment.

It is not yet clear what caused the spill but officials say it is not near any waterway and has not significantly affected wildlife. Around 70 percent of the fluid is water, meaning that around 240,000 gallons of oil were spilling out.

The state has issued Chevron a notice of violation ordering it to stop steam injections around the spill. The company also increased its production of oil from wells in the area. Both actions are intended to relieve underground pressure that may be forcing the mix of oil and water to the surface.

The process of steam injection softens the thick crude so it can flow more readily.

Environmental groups said the Chevron spill is another sign of weakened regulations under an embattled California agency. Gov. Gavin Newsom this week fired the head of the state's oil and gas division over a recent increase in hydraulic fracturing permits and amid a conflict-of-interest investigation of other division employees.

Chevron will pay for the cleanup while California state officials will oversee the process.