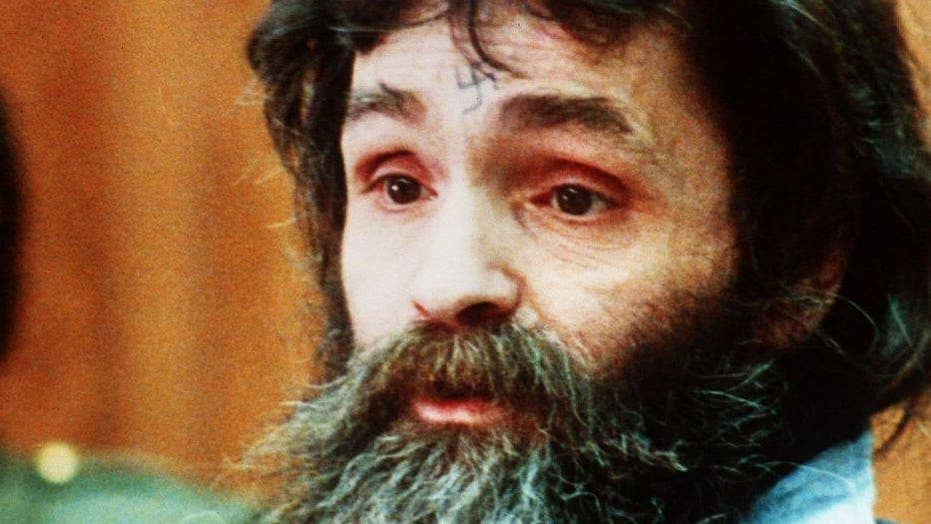 Trace Gallagher reports on the status of the convicted murderer

Charles Manson, the 1960s cult leader who orchestrated a series of high profile murders, was taken to the hospital Tuesday for an undisclosed medical issue, the Los Angeles Times reported.

One of the sources familiar with the situation told the newspaper Manson, 82, was seriously ill, but could not provide specific information.

Vicky Waters, Press Secretary for the California Department of Corrections and Rehabilitation (CDCR) told Fox News,  "Federal and state medical privacy laws preclude CDCR from commenting on protected health information for any inmate in our custody."

A separate spokeswoman from the agency, Terry Thornton, told the Los Angeles Times that Manson "is alive."

TMZ reported that Manson was transported to a hospital in Bakersfield, Calif., about an hour from California State Prison in Corcoran, where he was being held.

Sporting a carved swastika on his forehead, Manson was the long-haired, wild-eyed head of a California desert commune in the late 1960s. The “Manson Family” was largely made up of runaways and societal dropouts whom Manson controlled with a mix of his charismatic yet calculating personality and hallucinogenic drugs.

Obsessed with Armageddon and what he saw as a coming race war, Manson masterminded a series of murders that he hoped would spur black vs. white violence. A failed musician, Manson believed several songs on The Beatles’ “White Album” – notably “Helter Skelter” – also predicted a racial clash.

He ordered a small, devoted group of followers to carry out the murders, although he never took part in the actual acts.

“There’s no need to feel guilty,” Manson said during an interview in the 1980s. “I haven’t done anything I’m ashamed of.”

While Manson may have ordered dozens of slayings, he was eventually convicted for two high-profile massacres. The first occurred at the Beverley Hills house of director Roman Polanski and claimed the lives of his wife, actress Sharon Tate, her unborn child and five others. Polanski was away at the time. One of the enduring images of the brutal slaying is the word “pig” scrawled in blood on a door of the house.

The next night, another group of Manson devotees killed Leno and Rosemary LaBianca.

Manson was convicted of first-degree murder in 1971 for the Tate/LaBianca killings and sentenced to death. But the California Supreme Court’s 1972 decision to outlaw capital punishment automatically commuted Manson’s sentence to life behind bars at California’s Corcoran State Prison.

In interviews, he’d frequently challenge the notion that he was guilty of the murders and never showed remorse.

“Remorse for what?” Manson said. “You people have done everything in the world to me. Doesn’t that give me equal right? I can do anything I want to you people anytime I want because that’s what you’ve done to me.”

Despite his infamous reputation as one of the 20th century’s most twisted mass murderers, Manson still managed to attract fans behind bars and nearly married a woman in her 20s in 2014. The woman, who called herself Star, applied for a marriage license with Manson, then 80, but a ceremony never took place.

Tate's sister Debra Tate told The Associated Press on Tuesday night that, as a Catholic, she makes "no ill wishes" for the people who killed her sister, and will reserve her feelings until hearing Manson has died.

Manson was rejected for parole 12 times and would not have been eligible to apply again until 2027.