The late Charles Krauthammer, the dean of conservative commentators, will be honored with a scholarship awarded to the children of Fox News Channel and Fox Business Network employees.

“Charles was a beloved member of the Fox News family, but more importantly, he was an incredible mentor and role model for millions of Americans across the country,” Suzanne Scott, CEO of Fox News, said Thursday in a statement. “We are proud to honor Charles, his legacy, impact and countless contributions with a new scholarship program enabling the next generation of thought leaders the opportunity and education they need to reach their dreams.”

The memorial scholarship honors the longtime Fox News contributor, Pulitzer Prize winner, Harvard-trained psychiatrist and best-selling author. (He died in June at the age of 68.)

Fox News partnered with the National Merit Scholarship Program, which will accept applications through March 31, 2019; winners will be announced in spring 2020.

The scholarship will award winners $2,000 per college year for a maximum of four years. 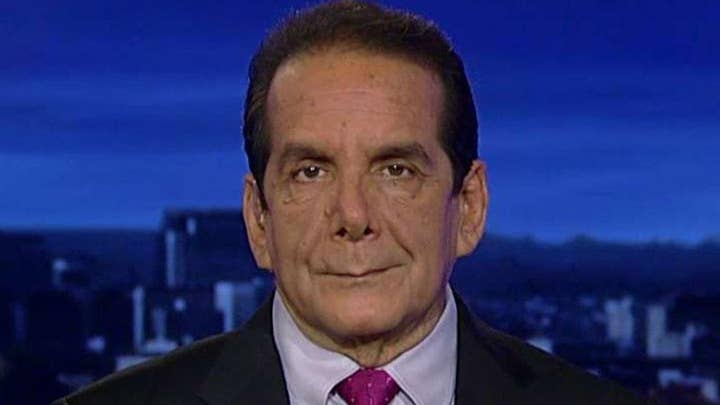 To be eligible, U.S. high school juniors planning to enter college in fall 2020 must take the 2018 PSAT/NMSQT test and meet several academic and other requirements determined by the National Merit Scholarship Program.

Winners will be chosen on a competitive basis regardless of family financial circumstances, gender, race, ethnicity or religion.

Each year, the National Merit Scholarship Program will distribute the scholarship directly to the accredited U.S. college/university if the student remains in good standing. The scholarship will not be affected if his or her parent leaves the company after the communication of the award.

He won the Edwin Dunlop Prize for excellence in psychiatric research and clinical medicine. Journalism honors included the Pulitzer for Commentary for his Washington Post columns in 1987, and the National Magazine Award for his work at The New Republic in 1984. His book, “Things That Matter: Three Decades of Passions, Pastimes and Politics,” became a New York Times bestseller, remaining in the No. 1 slot for 10 weeks, and on the celebrated list for nearly 40.

Krauthammer delivered his views in a mild-mannered, steady and sometimes philosophical style, befitting his background in psychiatry and detailed analysis of human behavior. Borrowing from that background, Krauthammer said in 1990, after the fall of the Berlin Wall, that the post-Cold War world had gone from bipolar to “unipolar,” with the United States as the sole superpower. He also coined the term “Reagan Doctrine,” among others.