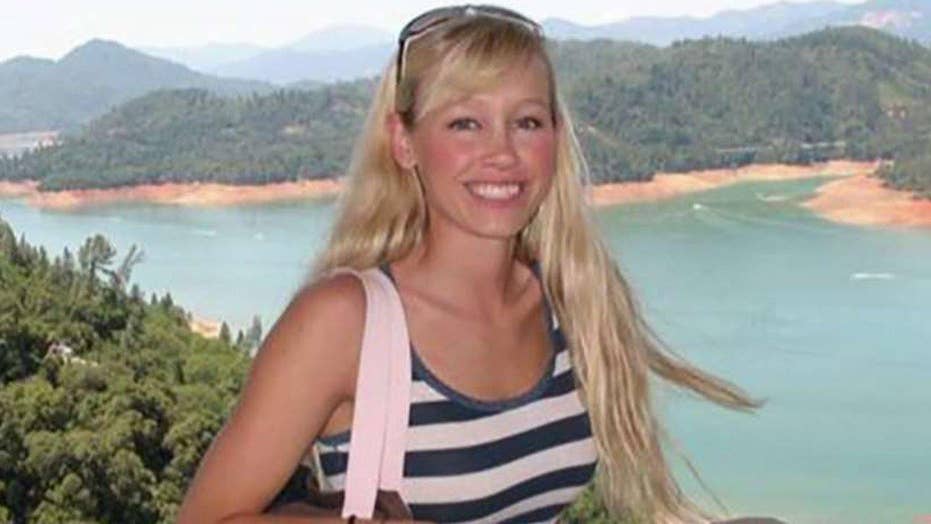 SAN FRANCISCO – Three weeks after Sherri Papini disappeared, the question of whether she was dead or alive was answered when the young mother and wife was spotted waving frantically for help along a California freeway early on Thanksgiving morning. But the mystery over what happened to her during those 22 days just seemed to grow stranger.

She was battered and bruised, her hands were chained, her long blond hair had been chopped off, and her flesh had been branded with a threatening message. The 34-year-old Papini told authorities that she had been kidnapped at gunpoint by two women Nov. 2 while she was out for a run near her home.

The bizarre turn of events — with many of the most sensational details released not by authorities but by her husband in an exclusive interview with ABC — has baffled police and set social media aflutter, with armchair detectives scouring the internet's darkest corners for clues and others arguing that the case is some kind of twisted hoax, like something out of the movie "Gone Girl."

Her husband, Keith Papini, has condemned the rumors as "exhausting and disgusting," and police have said they have no reason to doubt his wife's harrowing account. But they have a multitude of questions, among them: Who are these women? Where did they keep her? Was she selected at random or targeted?

HUSBAND OF CALIFORNIA WOMAN WHO WENT MISSING SPEAKS OUT

No ransom demand was ever received, and neither the Papinis nor their families are wealthy, according to Shasta County Sheriff Tom Bosenko. She is a stay-at-home mom, he a Best Buy store employee.

Detectives are tracking hundreds of leads but haven't elicited much information from Papini and have only the sketchiest description from her of her captors, who were said to be Hispanic. Authorities have not divulged the message burned into her skin, and she hasn't been seen publicly since she was found.

"Sherri did her best that she could in providing the descriptions, but she was not able to provide a detailed description due to the suspects covering their faces, and at times Sherri's head was covered," the sheriff said. He noted also that victims of traumatic experiences sometimes suffer memory loss.

Among the leads detectives are following up on is a 13-year-old blog post on a white supremacist site signed by someone using Papini's maiden name. The post claimed she and her family had white supremacist beliefs and disliked Latinos.

"We do not know that it has any relevance to this case or not," Bosenko said Wednesday.

Papini's former husband, David Dreyfus, defended her, saying it must have been written by someone else.

"People are bullies, and it's easy to poke at people online," Dreyfus told The Sacramento Bee. "With as diverse of a friends group as she and I had, that's not her."

Papini said she was seized about mile from her rural home outside Redding, 215 miles north of San Francisco. She was found in Yolo County, about 140 miles from home, telling authorities that her captors shoved her out of an SUV near Interstate 5 with a bag over her head. Her hands were bound to a chain around her waist.

Keith Papini said his wife's nose was broken and she was emaciated, weighing 87 pounds, or 13 pounds less than her normal weight. As for her hair, "obviously, a very sick person who may have wanted to not only to cut it off to change her physical appearance but also as to humiliate them, wear her down," Bosenko told ABC.

She said her kidnappers spoke mostly Spanish. She said one was older, with straight dark hair and thick eyebrows, while the younger one had long curly hair and pierced ears.

Another curious part of the story has been the role played by a self-described "international kidnap and ransom consultant" named Cameron Gamble. Gamble posted a video offering an undisclosed amount of money as a "ransom" for Papini's safe return.

Then, when he got no response, Gamble posted another video offering the money as a reward for information leading to the kidnappers. He said the sum was put up by a concerned person who wanted to remain anonymous.

Papini turned up free the next morning, with Gamble claiming that his reward had put pressure on the kidnappers. Police said they don't believe it had anything to with her release.

Papini's husband was considered a suspect until he passed a polygraph test, the sheriff said, and friends and family have described her as happily married and a devoted mother of two.

Still, police have been upset by some of the husband's actions, including contacting Gamble for help and divulging details of her injuries to the media. Bosenko said the release of the details could compromise the investigation and the ransom offer could hinder it by bringing out scam artists.

Keith Papini, for his part, lashed out at the "rumors, assumptions, lies and hate" that have circulating, saying: "Those people should be ashamed of their malicious, subhuman behavior."