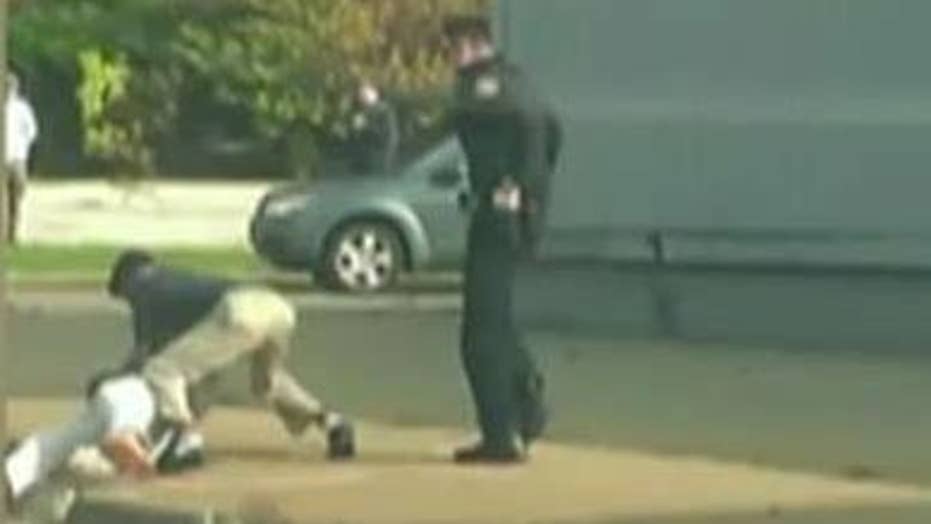 Suspect is still on the run

Dashcam video showed a police officer in Ohio wrestling on the ground with a man who eventually broke free and sped off in a police cruiser Tuesday -- as officers said the man was still on the loose.

Investigators said the unidentified man first sideswiped two cars with his stolen SUV in the Cleveland area and ran off after blowing a tire, WEWS reported. Police said the SUV may have been linked to a series of robberies.

The video showed an Oakwood Village officer trying to subdue a man on the ground as witnesses stood nearby on the sidewalk. The dramatic footage appeared to be recorded from a second police car.

After less than a minute, the man dressed in white broke free and bolted toward the police car across the street. He jumped in the driver's seat and sped off.

The officer had opened the passenger's side door but did not get in the cruiser. The video ends with the officer running after that car.

The suspect crashed the cruiser into a tree a few blocks away in Cleveland but managed to escape, investigators told WEWS.