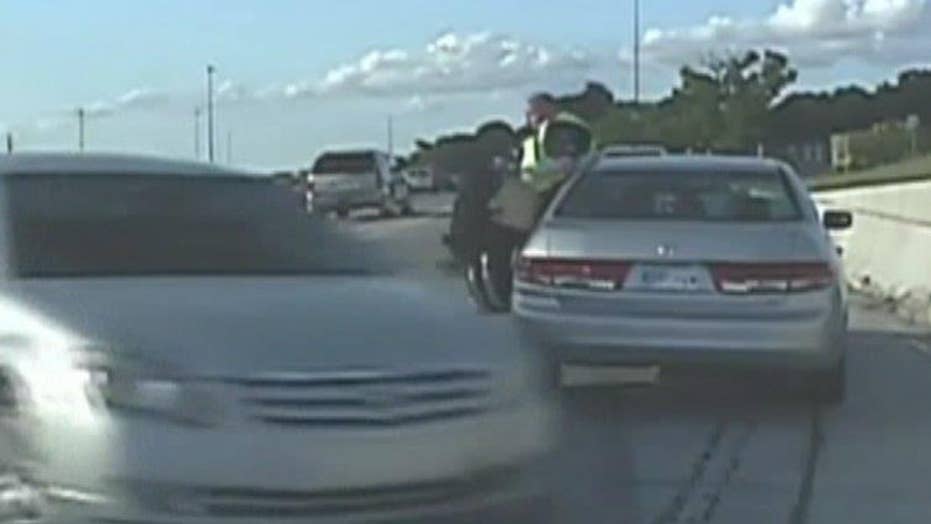 Police in Kansas released some dramatic video Monday showing a quick-thinking officer dodging to avoid an out-of-control car on an interstate before it crashed.

The video, recorded from a dashboard camera on the northbound side of I-35 in Merriam, showed the unnamed officer standing outside the driver's side door of a grey car. He turned and appeared to notice a second car skidding towards him.

The officer jumped as the second car crashed in front of him. Seconds later, he waved to the police car, signaling that he was OK.

Merriam Police said the crash unfolded about a month ago. They released the video in a tweet that read, "Slow Down, Move Over! Please give your first responders space to work."

Police said the officer did not cite the driver of the car that crashed.