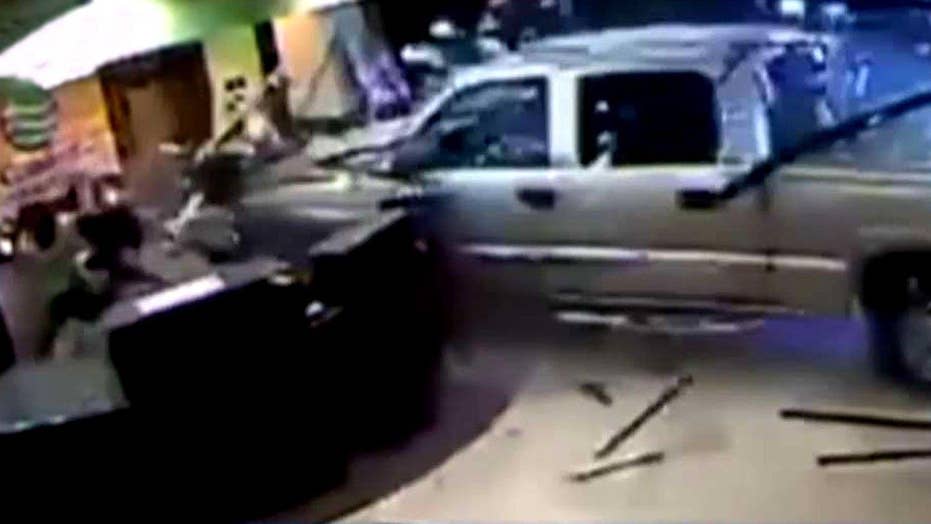 ALVA, Okla. – A man shown in a surveillance video crashing his pickup into the front desk of a northwestern Oklahoma hotel and nearly hitting two women is facing charges.

Officer Wade Suffon says he offered to talk to a manager but Parsley drove off and crashed into the hotel.

The video shows the truck back up after the initial hit and slam into the lobby again.

Parsley faces two felony counts of assault and battery with a dangerous weapon and one count of malicious injury to property over $1,000. It's not clear if he has an attorney.