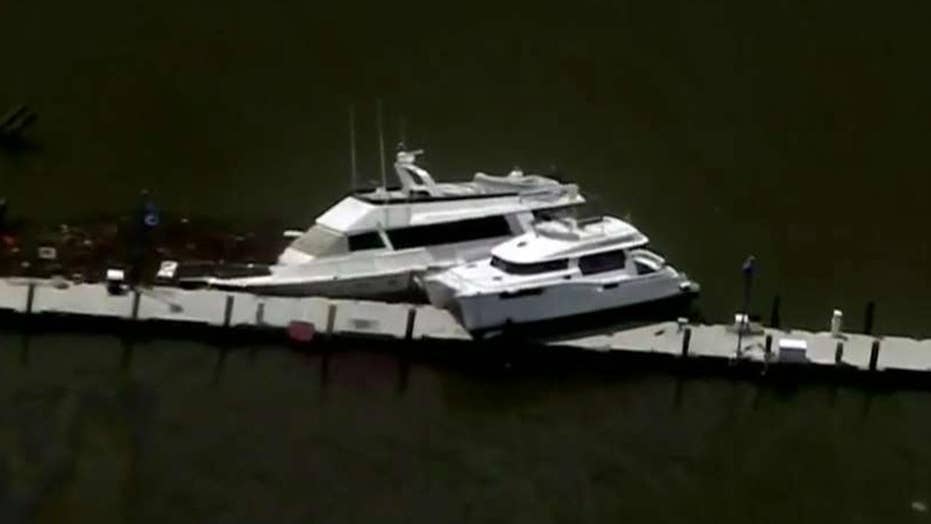 The cats at the Ernest Hemingway home in Key West are reportedly safe after Hurricane Irma wreaked havoc in the Florida Keys on Sunday.

The 54 cats are safe and accounted for at the property, Dave Gonzales, the curator for Hemingway Home and Museum, told MSNBC on Sunday.

Gonzales said the cats were aware the storm was approaching, even having some running into the home.

“Sometimes I think they are smarter than the humans,” Gonzales said.

The curator said the building’s electricity, internet and cable connections and running water was knocked out during the storm, but the property currently has three power generators running. The building mainly avoided Irma's destructive force, which toppled trees and power lines throughout Florida.

The cats at the museum all carry the polydactyl gene in their DNA to have the unique six-toe feature, but only about half of them carry the physical trait, according to the museum's website. The cats are named after famous people -- a feature that was started by Hemingway when he first received a white six-toed cat.

Irma caused major destruction along the Florida Keys when it made landfall Sunday morning. Many residents in Key West, though, were relieved the damage caused by Irma wasn't worse.

“It’s not as bad as we thought,” Robert Phillips told the Miami Herald. “It’s just trees and foliage and cars.”