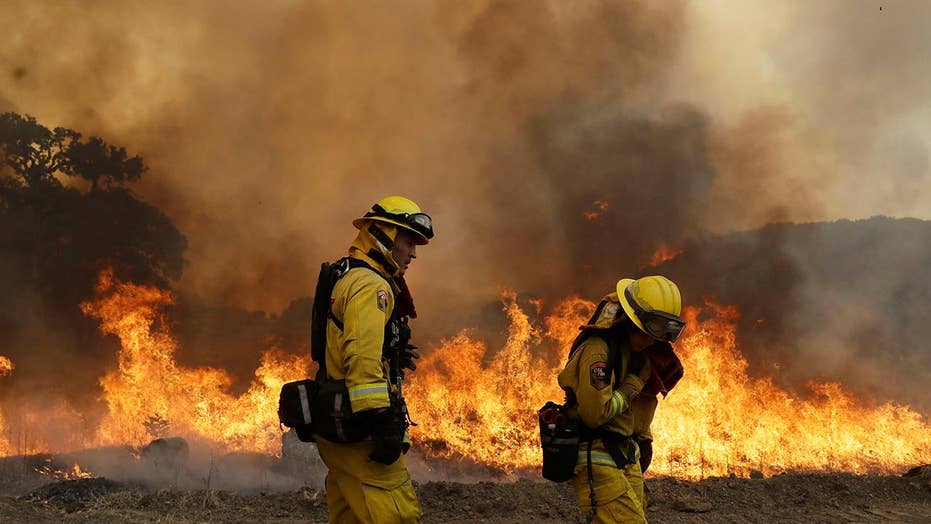 Cal Fire official on efforts to quell 17 wildfires in state

California officials tracking the developments of the Carr Fire blazing in the northern portion of the state reportedly made a mistake last week when they unnecessarily added a town to a mandatory evacuation order.

The entire area of Shasta Lake, with a population of roughly 10,000 people, was not meant to be included on a Cal Fire news release detailing the mandatory evacuations, The Sacramento Bee reported Tuesday, citing Shasta County Sheriff Tom Bosenko.

Instead, Summit City, which is in the Shasta Lake, was meant to be included, City Manager John Duckett told the newspaper on Monday.

Duckett recalled being perplexed by the entire town’s inclusion, the report said, and learned that even though Cal Fire had allegedly made an error in the news release, officials were inclined to leave it as it stood so no one living in true mandatory evacuation zones would go back to their homes early.

While at least one resident described the situation as being “a bit confusing,” The Bee reported, Bonnie Hurlhey, the executive director of the town’s Chamber of Commerce, told the outlet that local officials did their part in notifying residents that they were not required to leave.

“Our city staff, Shasta Lake Fire District, Shasta County sheriff, they were all here to help us no matter what,” Hurlhey said. “They made sure that we all knew what was going on.”

The order was eventually relinquished a few days later in an updated Cal Fire news release, however the evacuation for Summit City remained in place.

The Carr Fire, which broke out on July 23, has charred more than 110,000 acres so far and as of Tuesday was only 27 percent contained, according to Cal Fire.