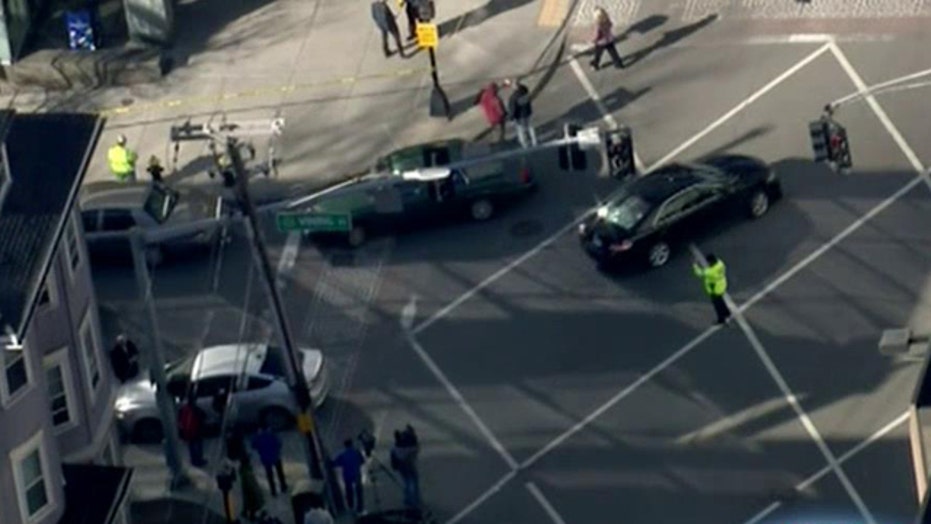 One person shot at Boston's Brigham and Women's Hospital

The heart surgeon shot Tuesday inside Brigham and Women's hospital in Boston died from his injuries.

Dr. Michael J. Davidson, 44, the director of endovascular cardiac surgery, was married and had three children. He was in surgery Tuesday evening and died later at 10:45 p.m.

"Dr. Davidson was a wonderful and inspiring cardiac surgeon who devoted his career to saving lives and improving the quality of life of every patient he cared for," the hospital said in a statement. "It is truly devastating that his own life was taken in this horrible manner."

Pasceri, of Millbury, shot the doctor twice just outside an examination room. He then turned the gun on himself, police said.

Pasceri's sister told The Boston Herald that Davidson operated on their mother who died in November.

"We're in the process of talking to witnesses, but it's leading us to believe there was something in the past that upset this guy, that made him go in and look for this particular doctor," Evans said earlier. Police have not identified a motive.

Davidson graduated from Princeton University in 1992 and Yale University School of Medicine in 1996.

Evans said police were on the scene within seconds after getting the first calls of shots fired and had the area secured within 15 minutes.

Betsy Nabel, the hospital's president, said Brigham and Women's will evaluate its safety protocols. She said there have been no discussions about installing metal detectors, which none of the city's hospitals have.

Mayor Marty Walsh released a statement early Wednesday morning, calling the tragedy a "senseless act of violence" that has no place in Boston. "My thoughts and prayers are with his family and his colleagues at Brigham and Women's Hospital during this difficult time."