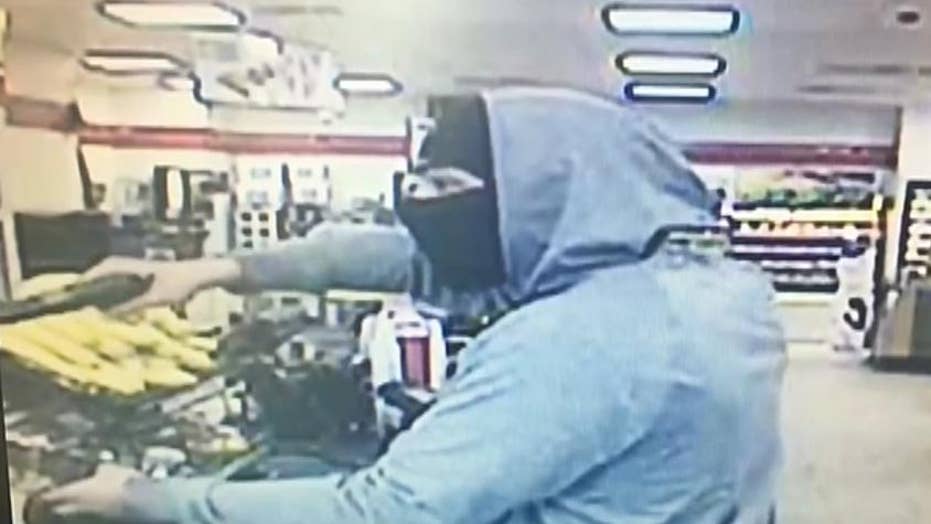 Armed robbery at a Maryland 7-Eleven is caught on camera

The latest “Call of Duty” game is being credited with catching an armed robber who police say held up a 7-Eleven store in Maryland.

Montgomery County Police announced Thursday that they caught Logan Stefon Lawson after receiving information about the “Call of Duty: Black Ops 4” bag that the 21-year-old was seen holding during the robbery in Germantown on May 19.

One of the department’s officers – who also apparently is a “Call of Duty” fan – told detectives that the bag seen in the surveillance footage was given out to GameStop customers who pre-ordered the title, which is set for release in October.

Logan Stefon Lawson was arrested after police tracked him down with the help of the bag he was holding during an armed robbery in Maryland. (Montgomery County Police Department)

“Detectives were able to confirm that Lawson pre-ordered the game and received the bag,” police said, adding that they received tips to help identify Lawson as the suspect and managed to track him down and arrest him at a motel in Gaithersburg on May 25.

Police said they found evidence of the robbery at the motel and have charged Lawson with armed robbery, first-degree assault and use of a firearm during the commission of a felony.

Lawson is currently being held without bond – and he may have to wait a while to play “Black Ops 4” as well.