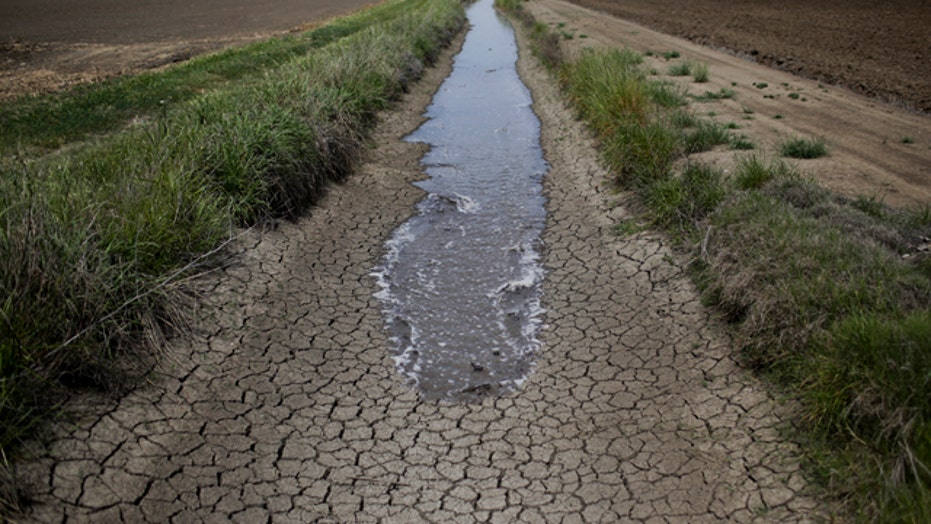 LOS ANGELES – The rainwater from a rare spring storm that pooled on Gilbert Jaffe's front sidewalk could be seen as a nuisance, but in California's extreme drought conditions, he was treating it like the precious resource it's become.

Jaffe, a retired Boeing engineer, scooped up buckets of water during brief showers Tuesday night and carried it to barrels in his backyard near downtown Los Angeles.

"I've been collecting water for a couple of years," Jaffe said. "I use the rainwater for my garden."

He had been watering his tomatoes and peppers for six weeks with rain he collected during a bigger storm in February, and he hoped the new haul could keep up his no-tap-water streak.

The storm brought mostly light rainfall across much of Southern California on Tuesday night after dousing the northern part of the state. It was a welcome respite, but will do little to ease the historic drought, forecasters say.

The dry conditions led Gov. Jerry Brown to order cities and towns last week to cut their consumption by 25 percent.

Tuesday's storm knocked out power to thousands for several hours, and the Los Angeles Dodgers had a rare rain delay on the second day of the season.

Amy Jackson, 35, of Los Angeles, a corporate securities paralegal, welcomed the weather as smoked a cigarette in the lee of a downtown skyscraper.

"We're absolutely thrilled to have rain," she said. "I mean, we're in a really severe drought right now. It's been scary, actually, as to how low our reservoirs have gotten ... so to even have this little bit, it's great."

But not everyone was happy.

"Rain makes me insane," said James Haynes, a 16-year-old Los Angeles high school student trying to avoid the drizzle while waiting for a ride home. "I've got to take the bus ... and with all that rain and stuff ... that's too much to deal with."

Earlier in the day, heavy rain and hail fell on parts of Northern California and coated the mountains in snow.

The storm brought enough snow to the Sierra Nevada near Lake Tahoe to produce near-whiteout conditions on roadways and a string of wrecks, leading the California Highway Patrol to order drivers off a 15-mile stretch of major highway Tuesday afternoon.

In the mountains, up to 6 inches of snow was expected above 7,000 feet, with 2 to 4 inches likely to accumulate as low as 3,000 feet before the system clears out Wednesday.

More than an inch of rain fell in some counties in the San Francisco Bay Area, where rainy weather slowed the morning commute, caused some wrecks and led to wind advisories for four bridges, officials said.

The rain offered welcome relief for farmers in central California.

Fresno County farmer Keith Nilmeier grows 320 acres of citrus, peaches and wine grapes, and the rain will force him to spray his trees with fungicide to keep the fruit from rotting. But he said it is worth the extra expense, because California needs the water.

"That's farming," he said. "You deal with Mother Nature on her own terms."