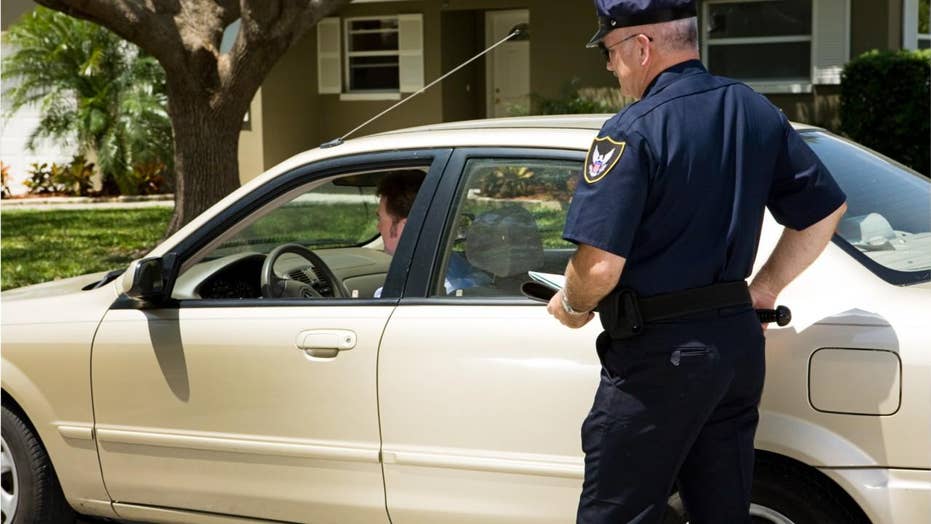 Northern California cops free a woman who says she was being held captive. The bruised and upset woman told police she had been kidnapped four days prior. They began questioning her after they arrested the driver of the vehicle she was a passenger in.

A man and a woman were arrested in Northern California on Saturday after another woman told deputies she was kidnapped, held against her will for four days and raped repeatedly, according to officials.

The Mendocino County Sheriff's Office said in a news release that deputies on patrol around 11:35 p.m. in Ukiah noticed a vehicle that had "numerous vehicle code violations." When the vehicle pulled into a parking spot, deputies approached the car and identified the driver as Thao Vang, 33, of Sacramento.

Vang was found to have an active felony warrant for his arrest from Butte County, and was arrested without incident, the sheriff's office said.

CALIFORNIA MAN WARNS OF FAKE MASS SHOOTING AT COUNTY FAIR SO HE WOULDN'T HAVE TO GO WITH PARENTS, POLICE SAY

Sitting next to Vang in the vehicle was 33-year-old Christine Maxwell of Marysville, Calif. and in the backseat was a 34-year-old Sacramento woman who was "very upset, shaking, crying" and had visible bruising on her body.

The bruised and upset woman told police she had been kidnapped four days prior in Sacramento by Vang, who allegedly transported her to a residence in Sacramento and held her against her will.

While at the home, the woman said Vang "continually physically abused her" and raped her "numerous times," the sheriff's office said.

On the day of the arrest, the 34-year-old said she was forced to travel with Vang and Maxwell to Ukiah, about 146 miles northwest of Sacramento.

"The 34-year-old female feared for her life and believed Vang and Maxwell were going to kill her," police said.

Officials said that deputies located evidence supporting the woman's statements, including drug paraphernalia. Vang and Maxwell were then arrested and booked into the Mendocino County Jail.

Vang faces charges for kidnapping, rape, false imprisonment and conspiracy. Because of the felony warrant out of Butte County, officials said he faces an additional charge of possessing a controlled substance while armed. His bail was set at $175,000.

Maxwell was arrested on suspicion of kidnapping and conspiracy, and her bail was set at $100,000.

Officials did not disclose how or if the 34-year-old woman knew Vang or Maxwell.