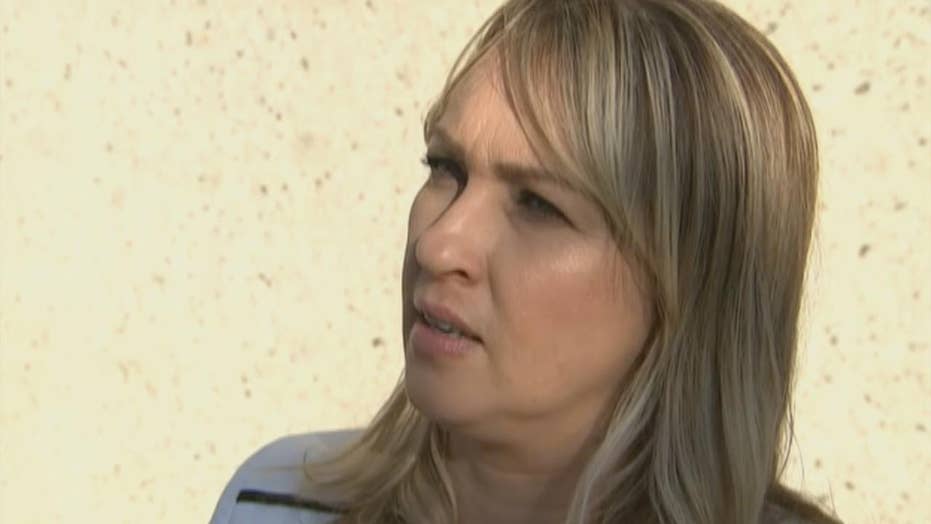 Raw video: Erica Nelson describes emotional statement she made in court on loss of her 41-year-old husband Chris Nelson to drunk driver.

A California woman faced her husband’s killer in court Tuesday and described how difficult it’s been to get through each day.

Erica Nelson of Monrovia, Calif., told the court how the death of her husband, Chris, greatly impacted her life and that of their four children, ABC 7 reported.

"The hardest thing for them to give up is their dad," she said during the hearing.

Eduardo Macias Santibanez, 25, of Pasadena, was driving under the influence and speeding when he rear-ended Nelson’s car on an Orange Grove Freeway. The crash caused Nelson’s car to slam into a center median and authorities believe he died when a second speeding vehicle struck his car.

As part of a plea deal, Santibanez pleaded guilty to “driving under the influence and gross vehicular manslaughter.”

The widow told Santibanez her four children still asked her where their father was, especially her youngest son, who was 18-month-old at the time of his death.

Nelson and her sister-in-law, Karen Cockrill, said the children did not look forward to the holidays.

"Every day gets worse. It's 667 days without him. Every day it's painful," Karen Cockrill said.

"I hope people will see the effects that someone's selfish decision has and think twice before they drink and drive,"

Santibanez listened to the widow’s statement through tears and told her he prayed for her family every day.

Nelson said she believed her husband would still be alive if someone had helped him when he was pinned inside the vehicle.

"I believe if someone was able to come to his rescue, officer or some kind of first responder, they could have saved my husband's life. That second accident wouldn't have happened and I wouldn't be standing here today," Nelson said.

The mother said following the crash she was “financially and emotionally exhausted.” She quit her job and moved to a different home because her old house reminded her too much of her deceased husband.

Outside the courthouse, Nelson told reporters she hoped others would “think twice before they drive and drive.”

"I hope people will see the effects that someone's selfish decision has,” she said, “and think twice before they drink and drive."