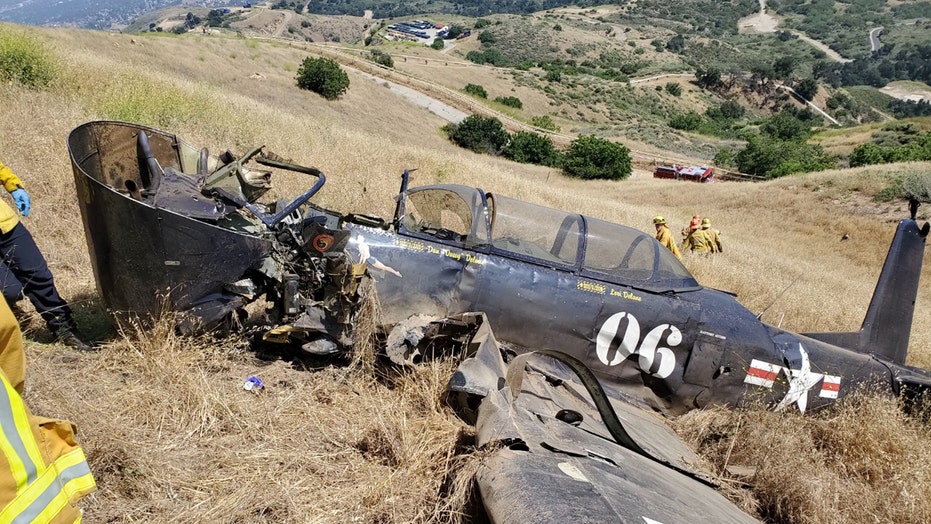 The pilot of a vintage military plane was killed when the aircraft crashed in the mountains north of Los Angeles on Saturday, officials said.

The Los Angeles County Fire Department said in a news release the crash happened around 2:40 p.m. in the Santa Susana Mountains north of Porter Ranch.

Wreckage of the aircraft was discovered in "remote terrain" by an LAFD rescue helicopter that lowered a paramedic to the site.

Fire officials said the paramedic found the pilot dead in the debris field. Officials said he was believed to be the sole occupant on the plane at the time, and no fire was reported at the crash site.

The pilot of a 1979 Nanchang CJ-6A single-engine aircraft was killed when the plane crashed north of Los Angeles on Saturday. (Los Angeles Fire Department)

The aircraft involved in the crash was a 1979 Nanchang CJ-6A single-engine aircraft that had a replica U.S. military insignia. That type of aircraft, however, was actually Chinese-built basic military trainer plane.

The Canadian Warplane Heritage Museum said that the aircraft was still being used in general aviation and crop-spraying uses.

The Los Angeles Fire Department said a paramedic found the pilot dead in the debris field where the aircraft crashed in the Santa Susana Mountains. (FOX11)

"It is believed that over 10,600 of all types have been built," the group notes. "An unknown number remain in military service around the world and over 200 are in private hands."

The LAFD said the identity of the pilot was not immediately made public. The crash is being investigated by the National Transportation Safety Board.