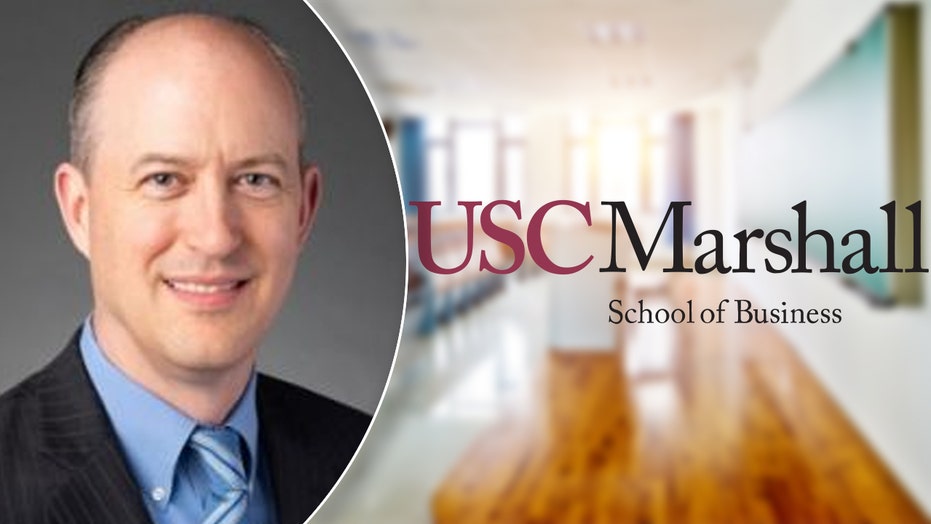 The University of Southern California removed a professor last week from his MBA-level virtual communications class after he used a Chinese expression that a group of Black students complained resembled the English pronunciation of the N-word and, therefore, harmed their mental health.

Greg Patton, a professor of clinical business communication at USC Marshall School of Business, was delivering a lecture virtually via Zoom on Aug. 20 for his "Communication for Management" course when he offered an example on how to present information effectively using "filler" words.

"If you have a lot of 'ums and errs,' this is culturally specific, so based on your native language," Patton said, according to a recording of the lecture. "Like in China, the common word is 'that, that, that.' So in China it might be 'nèi ge, nèi ge, nèi ge.' So there’s different words that you’ll hear in different countries, but they’re vocal disfluencies.”

Patton, who is White, said the word in Mandarin is pronounced nèi ge (NAY-guh) or nà ge (NAH-guh).

The professor did not immediately return Fox News' request for comment.

In a letter addressed to Geoffrey Garrett, dean of the USC Marshall School of Business, a group of students who identified themselves as "Black MBA Candidates c/o 20200" argued that Patton displayed “negligence and disregard” and “offended all of the Black members of our class” by repeating a Chinese phrase that resembled the N-word “approximately five times” during the lesson in each of his three communication classes.

“Our mental health has been affected,” the group wrote, according to a copy of the letter obtained by National Review. “It is an uneasy feeling allowing him to have the power over our grades. We would rather not take his course than to endure the emotional exhaustion of carrying on with an instructor that disregards cultural diversity and sensitivities and by extension creates an unwelcome environment for us Black students.”

“It was confirmed that the pronunciation of this word is much different than what Professor Patton described in class,” the students continued. “The word is most commonly used with a pause in between both syllables. In addition, we have lived abroad in China and have taken Chinese language courses at several colleges, and this phrase, clearly and precisely before instruction, is always identified as a phonetic homonym and a racial derogatory term, and should be carefully used, especially in the context of speaking Chinese within the social context of the United States.”

They concluded the letter writing: “No matter what way you look at this, the word was said multiple times today in three different instances and has deeply affected us. In light of the murders of George Floyd and Breonna Taylor and the recent and continued collective protests and social awakening across the nation, we cannot let this stand.”

In an email sent to MBA students on Aug. 24, Garrett apologized after Patton “repeated several times a Chinese word that sounds very similar to a vile racial slur in English.”

“Understandably, this caused great pain and upset among students, and for that, I am deeply sorry,” Garrett wrote, according to the Los Angeles Times. “It is simply unacceptable for faculty to use such examples or language in class because they can marginalize and harm you and hurt your feelings of psychological safety. As a school, we must and we will do better.”

USC said in a statement that Patton “agreed to take a short-term pause while we are reviewing to better understand the situation and to take any appropriate next steps.” In the meantime, Patton will no longer teach the course, and a new instructor will take his place.

“We acknowledge the historical, cultural and harmful impact of racist language ... USC is committed to building a culture of respect and dignity where all members of our community can feel safe, supported and can thrive,” the statement provided to Campus Reform said.

In his own letter sent on Aug. 26 to the Marshall Graduate Student Association, Patton both apologized for causing any offense and defended himself, arguing he learned the pronunciation of the word from his time spent in Shanghai.

“Given the difference in sounds, accent, context and language, I did not connect this in the moment to any English words and certainly not any racial slur,” Patton wrote. “Yet, I failed to realize all the many different additional ways that a particular example may be heard across audiences members based on their own lived experiences and that is my fault.”

“Unfortunately messages have circulated that suggest ill intent, extensive previous knowledge, inaccurate events, and these are factually inaccurate. Fortunate [sic] we have transcripts, audio, video, tracking of messages, and a 25-year record,” he continued. “I have strived to best prepare students with global, real-world and applied examples and illustrations to make the class content come alive and bring diverse voices, situations and experiences into the classroom.”

According to his bio on the USC website, Patton has extensive international experience, has advised on several hundred consulting engagements throughout the Pacific Rim, and has held more than 20 leadership positions in national and international organizations.

Ninety-four USC Marshall alumni, many of whom are Chinese and now live in China, also penned a letter to the university administers in Patton’s defense, arguing that they “unanimously recognize Prof. Patton’s use of ‘na ge’ as an accurate rendition of common Chinese use, and an entirely appropriate and quite effective illustration of the use of pauses. Prof. Patton used this example and hundreds of others in our classes over the years, providing richness, relevance and real-world impact.”

They also drew comparisons between USC’s actions and those seen in the Chinese Cultural Revolution.

“The current incident, and Marshall’s response so far, seem disturbingly similar to prevalent behavior in China at that time – spurious accusations against innocent people, which escalated into institutional insanity,” the 94 alumni wrote, according to Inside Higher Ed.

A Change.org petition demanding Patton be reinstated and taken off leave accused USC of “mindless censorship.”

“For him to be censored simply because a Chinese word sounds like an English pejorative term is a mistake and is not appropriate, especially given the educational setting,” it said. “It also dismisses the fact that Chinese is a real language and has its own pronunciations that have no relation to English.”

“Our schools and campuses need to be places where free speech and open conversation are respected. While bias and discrimination have no place in our universities, mindless censorship is equally harmful.”