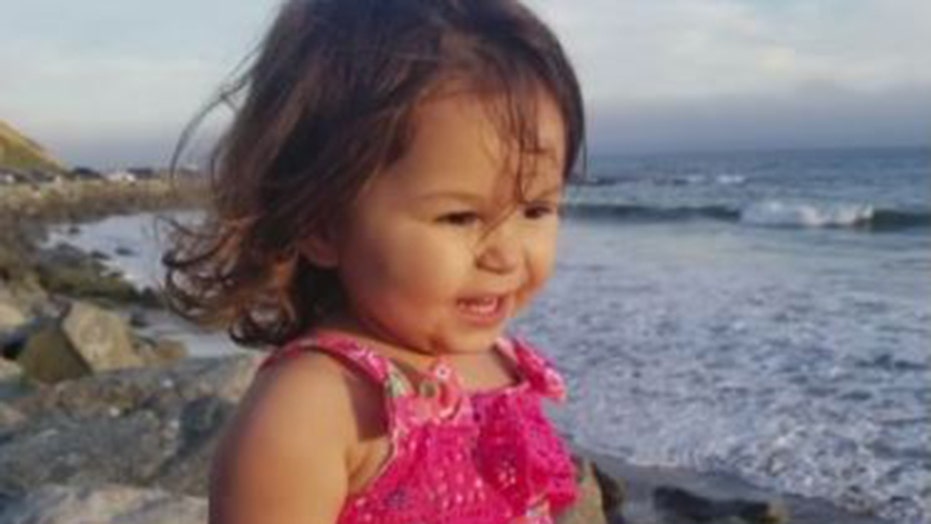 A toddler in California died after she was left for hours in a car -- with the heat on and a blanket covering her, according to a coroner's report as authorities said Monday they are investigating her death.

June Love Agosto, 2, died at a hospital on Sept. 23 after she was discovered inside her mother's vehicle in the unincorporated area of Torrance in Los Angeles County.

The Los Angeles County Sheriff's Department said in a news release that deputies at the Carson station responded to a location regarding a "baby not breathing call" and found the 2-year-old unresponsive. Los Angeles County Fire Department paramedics transported the girl to a local hospital, where she was pronounced dead.

Officials said the child's 34-year-old mother, who was not named, was interviewed at the location along with several witnesses.

June Love Agosto, 2, died at a hospital on Sept. 23 after she was found in a hot car. (Family Handout)

"It is unknown if drugs and/or alcohol were involved," police said, adding that the manner and cause of death will be determined by the Los Angeles County Department of Medical Examiner-Coroner.

But in an initial coroner's report obtained by FOX11, the mother admitted to police she left the child alone in the car at about 11 p.m. on Sept. 21 before getting into another vehicle to drink alcohol with a friend. She told authorities she then fell asleep.

The woman told police she had put the 2-year-old in her car seat with a blanket on her, the windows rolled up, and the heat on for about four to five hours, according to the report obtained by FOX11.

When the 34-year-old mother woke up several hours later, she said she checked on her toddler to find vomit on the child's clothes with burns to the girl's face, chest, and arms.

"Skin was coming off the decedent's back," the report also obtained by KTLA said.

In the coroner's report, the mother said she placed June outside on the lawn and sprayed her with a hose in an attempt to revive her and cool her off. Paramedics took the child to an area hospital, but she was found to be in full cardiac arrest.

“She’s my only grandchild. I just came out here and June celebrated her second birthday. June Love was a beautiful baby, she deserved a good life. She deserved to grow up, go to school,” the child's grandmother, Helen Hernandez, told FOX11.

The child's mother said in a coroner's report she placed the 2-year-old in her car seat in a vehicle with the heat on, under a blanket for several hours. (Family Handout)

In the report, the child's mother admitted she used to have an addiction to drugs but had gone through rehabilitation. She also told police she had a 9-year-old son who a relative adopted when he was 3.

The child's official cause of death has yet to be determined, pending the result of additional forensic tests.

The sheriff's office said as of Monday morning, no arrests have been made.

"The investigation is ongoing and there is no additional information available at this time," police said.