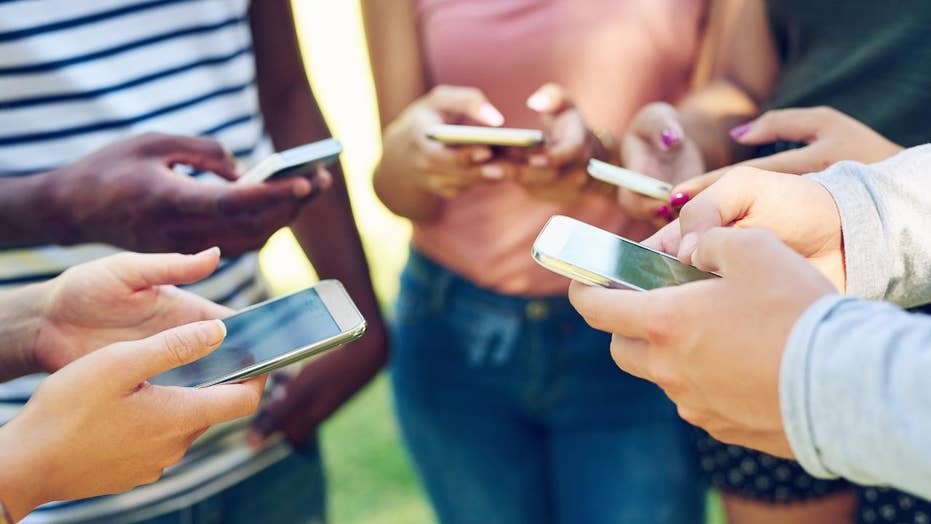 Teen cell phone addiction: How bad has it gotten?

The California Public Utilities Commission is scheduled to vote on the proposal next month, but critics have already come out against the scheme, the San Jose Mercury News reported.

“It’s a dumb idea,” Jim Wunderman, president of the Bay Area Council business group, told the paper. “This is how conversations take place in this day and age, and it’s almost like saying there should be a tax on the conversations we have.”

While the amount consumers would be expected to pay remained unclear, some business groups are saying the new charges could cost wireless users more than $44 million a year, FOX11 Los Angeles reported.

“It’s a dumb idea. This is how conversations take place in this day and age, and it’s almost like saying there should be a tax on the conversations we have.”

Charges may also be applied retroactively to messages sent in the past five years, which has raised questions concerning the proposal’s legality, Rufus Jeffress, vice president of the Bay Area Council, told the San Francisco Bay Area's KNTV-TV. The “alarming precedent” could chalk up to a bill of more than $220 million for consumers, the Mercury News reported.

The wireless industry argues that the fees would put carriers at a disadvantage since competing messaging services like Facebook’s Messenger and WhatsApp would not be charged the new fees, FOX11 reported.

Those against the proposal said that wireless customers already pay into the state’s Public Purpose Programs, which they call “healthy and well-funded” with nearly $1 billion in its budget, the Mercury News reported. But state regulators disagree, saying the budget has increased more than $300 million over six years, KNTV reported.

Residents lamented the potential tax, calling it “dumb” and “unfair.”

“To have them charge us something else is just dumb,” a Bay Area resident told KNTV. “I think it’s very unfair, especially for the people that can barely pay for their cell phone plan already.”