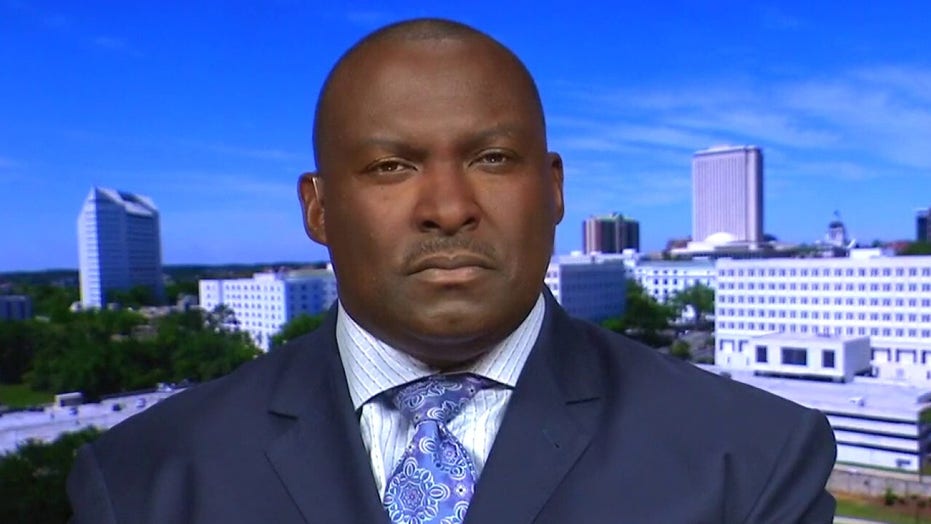 Sen. Ted Cruz, R-Texas on Twitter Monday slammed how some cities across the U.S. were considering the removal of police from schools, claiming "this idiotic proposal would tragically result in MORE school shootings."

"Dems have lost their minds. Having met repeatedly w/victims, parents & teachers hurt by gun violence in schools, the single most effective way to keep our kids safe is more armed police officers in schools," he wrote in response to a tweet from Politico which said the "police-free schools movement" was gaining momentum.

The Denver school board could vote next week on a resolution that would remove police officers from its public schools by the end of this year, according to Chalkbeat Colorado.

Tay Anderson, the Denver School Board Director announced "WE HAVE THE VOTES!!!!!" on Twitter Friday.

In Portland, Superintendent Guadalupe Guerrero announced on Thursday that Oregon's largest school district is “discontinuing the regular presence of school resource officers.” according to The Oregonian.

Leaders of a Los Angeles teachers union said Monday that they support a movement to eliminate the Los Angeles School Police Department, with the funds instead used to help support the mental health of students, according to a report.

The law enforcement agency has about 410 police officers that serve the L.A. Unified School District, which enrolls more than 600,000 students. It accounts for roughly $70 million of the district’s $7.9 billion budget.

“We have to dismantle white supremacy. We must ... defund the police and bring in the mental health services that our students need,” said Cecily Myart-Cruz, the incoming president of United Teachers Los Angeles (UTLA), according to the Los Angeles Times.

Students wait outside of John Marshall High School after being let out early following an announcement of a district-wide closure caused by the coronavirus threat in Los Angeles on March 13, 2020. (AP Photo/Marcio Jose Sanchez, File)

Their decision to call for the elimination of school police comes amid requests to defund the entire Los Angeles Police Department following the death of George Floyd, who died in police custody on May 25 in Minneapolis.

The union’s board of directors voted 35-2 last week to begin a process that will lead to the school board voting on whether to “take money out of the school police department and put it directly into mental health support, counselors, academic counselors,” current UTLA president Alex Caputo-Pearl told the paper. “We can have 800 mental health supporters by using that money.”

Critics argue that school police are necessary because they are trained to deescalate situations better than other officers, with many being graduates of the school district who work closely with counselors, according to the L.A. Times.

“We are trained different. We have a vested interest ... we had restorative justice [training], our police officers come from the communities they serve,” said Gil Gamez, president of the school police union. “To see us be demonized and ostracized, I don’t get it.”

“When you’re having this continuously happen ... to black students, it becomes in our minds that that is normal and that’s the way we’re supposed to treat situations and you defuse it by force, and that violence is OK and violence is normal,” she told the paper. “I don’t even know how to describe how detrimental that is because I haven’t grown yet.”

The Los Angeles School Police Department's mission "is to assist students, teachers, administrators, and other staff in providing a safe and tranquil environment in which the educational process can take place," according to its website.