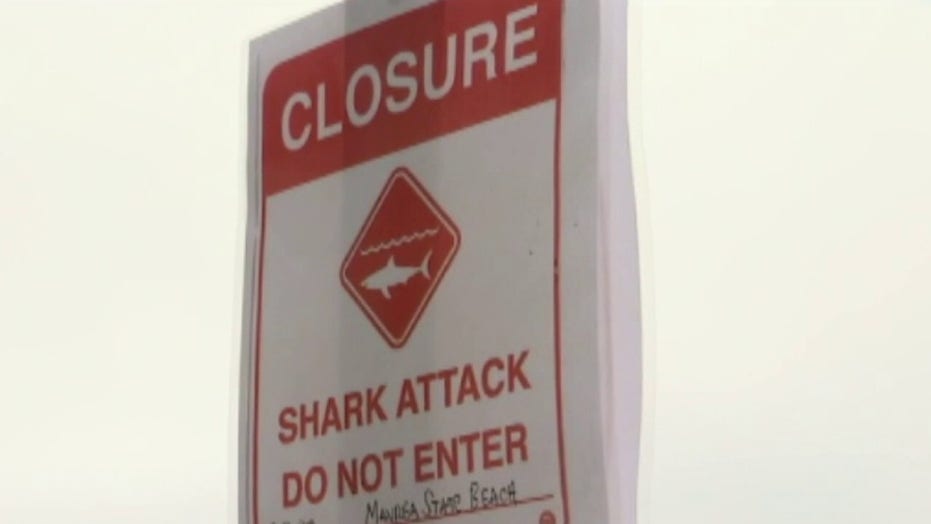 A surfer was killed in a shark attack off a Northern California beach on Saturday that resulted in a state beach being closed, according to officials.

California State Parks said in a news release the 26-year-old man was surfing off Manresa State Beach on the northern end of Monterey Bay in Santa Cruz County around 1:30 p.m. when he was attacked by an "unknown shark species."

"State Parks expresses its deepest sympathy to the family of the victim," the agency said.

The 26-year-old man was pronounced dead at the scene. Deputies from the Santa Cruz County Sheriff’s Department notified the man's family.

While state park officials and the sheriff's office did not identify the victim, the Santa Cruz County Coroner told KPIX-TV and KSBW-TV  he was identified as Ben Kelly, who is well known within the Santa Cruz surfing community.

The 26-year-old had a namesake surf shop, Ben Kelly Surfboards, where tributes to him poured in Sunday on Instagram.

"A true legend and sweetest man I knew. He showed love to everyone and was loved by many," one user wrote. "Was honored know him for the little I did."

Another person said it was "unbelievably sad."

"Thanks for board. You're a good man," they wrote.

One woman who lives near the state beach told KRON-TV that shark activity was common in the area, but news of the fatal attack was "terrifying."

“It makes me horribly sad,” she said Saturday. “I love the ocean and I hate for people to be scared of it.”

In the wake of the attack, the water 1 mile north and south of the attack will be closed for five days and not reopen until Thursday.

"The type of shark species that attacked the victim is unknown," the statement said.

Signs were posted warning beachgoers about the attack on access points and beach entrances within a 1-mile radius of the incident, according to KTVU.

"With the exception of water sports, Manresa State Beach is fully closed from 11 a.m. to 5 p.m. daily, meaning there is no public access during this time," state parks said.

Catch of a lifetime, one charter boat caught a 13-foot great white shark

A charter fishing boat off the coast of Florida caught a “unicorn” great white shark that measured over 13-feet long and weighed over 1,000 pounds.

Surfing and swimming activity has been steady while local officials have closed the beach every day between 11 a.m. to 5 p.m. to deter a surge of visitors to the coastline to avoid spreading coronavirus.

Monterey Bay drone photographer Eric Mailander told KRON-TV he has been observing dozens of great white sharks swimming near the shoreline in recent days. He said he counted 15 sharks while out on his boat Saturday morning.

None were showing signs of aggressive predatory behavior, Mailander told KRON on Saturday.