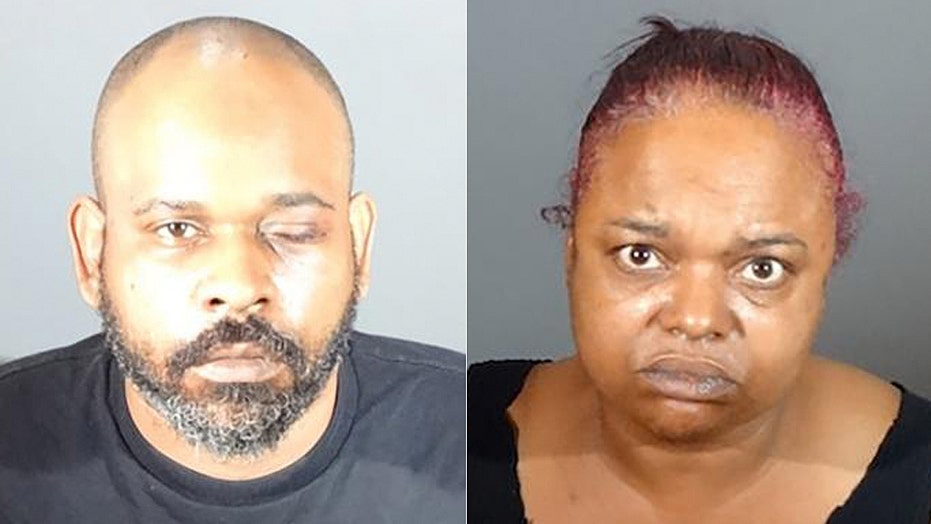 A California security guard was charged with murder Wednesday after prosecutors say he shot a 50-year-old man at a supermarket because he was not wearing a mask.

The incident occurred at the Gardena market in South California on Sunday, when the customer, Jerry Lewis, reportedly entered the store without a mask and got into an argument with the guard, Umeir Hawkins.

CALIFORNIA MAN, 18, KILLED BY DEPUTIES WHO SHOT 5 TIMES IN BACK, INDEPENDENT AUTOPSY SHOWS

A security guard, Umeir Hawkins (left), shot a man who was not wearing a mask in a supermarket. He has been charged with murder and him and his wife, Sabrina Carter (right) have both been charged with one count each of possession of a handgun by a felon.

Masks are mandated in the state of California, a rule put into effect by Democratic Gov. Gavin Newsom in mid-June as the state saw a resurgence in coronavirus cases amid phased reopenings of businesses.

Lewis apparently left the store, returned and continued fighting with Hawkins, who then fatally shot Lewis as he walked away, prosecutors said.

Hawkins and his wife Sabrina Carter were each charged with one count of possession of a handgun by a felon, stemming from a prior conviction in 2013 for assault by means of force likely to produce great bodily injury, according to a press release by the Los Angeles County District Attorney’s Office.

Hawkins faces a maximum sentence of 50 years to life in state prison while Carter faces three years in prison.