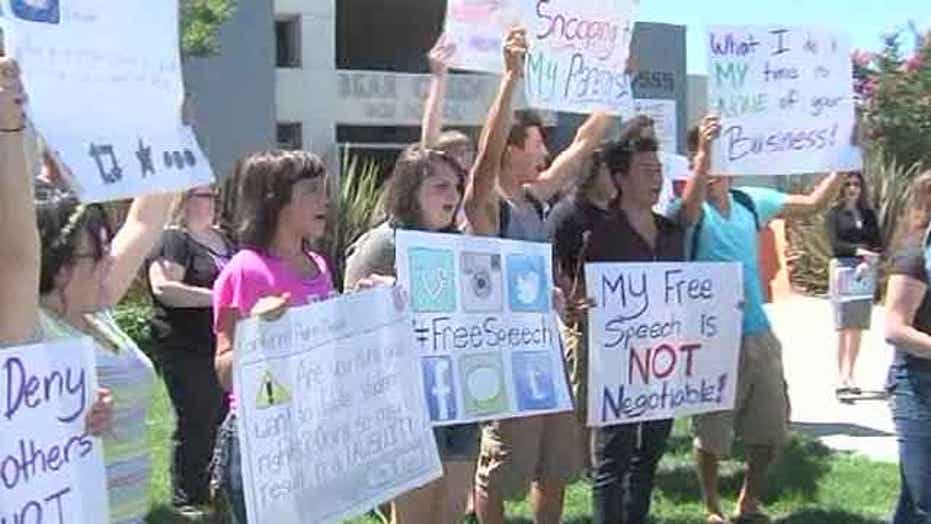 A California school district is reportedly asking student athletes and those participating in extracurricular activities to sign a social media contract.

In an attempt to curb cyberbullying, the contract issued by the Lodi Unified School District bans “profanities or inappropriate language or remarks” directed toward teammates, coaches and other students. It also states that “general inappropriate language of profane or sexual nature” will also have consequences, FOX40.com reports.

“It has become an epidemic problem inside of the schools,” said Dawn Vetica, assistant superintendent of secondary education.

A first offense, according to the policy, will get a student benched or suspended from a game or meeting. The second could mean they are removed from the team or activity for the entire season. Administrators have not yet said what they will do if students don’t sign the contract, which some students criticized.

“No way, it violates our freedom of speech,” one student said Monday outside of Bear Creek High School, where dozens gathered in protest.

Another student protester said: “My mom has the right to prevent me from tweeting something when I’m not in school, not the school district.”