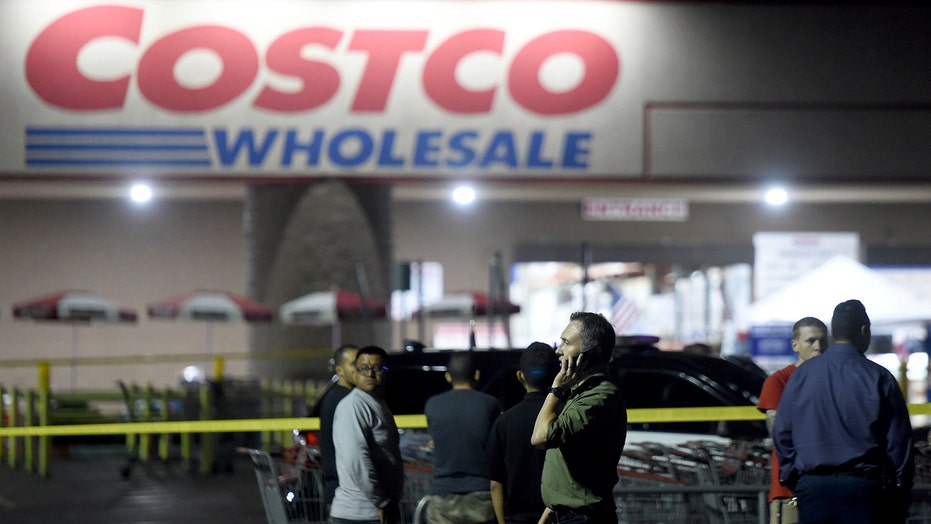 The off-duty Los Angeles cop who last week fatally shot a man with an intellectual disability at a Southern California Costco told investigators he was attacked without warning while holding his son and only acted in self-defense, his lawyer said Monday.

Attorney David Winslow said his client -- whose identity hasn't been released by officials and who Winslow also declined to name -- was struck from behind as he fed his son samples of teriyaki chicken at the store in Corona, located about 40 miles east of Los Angeles.

"His son was in his arms and he was feeding his son some samples when within seconds he was on the ground and woke up from being unconscious and he was fighting for his life," Winslow told the Los Angeles Times.

Winslow told the Associated Press in a separate interview that when the officer was knocked out, his 1 1/2-year-old son also fell to the ground. When the officer regained consciousness, Winslow said his client believed "his life and his son's life was in immediate danger."

A Costco employee talks on the phone following a shooting within the wholesale outlet in Corona, Calif., Friday, June 14, 2019. (Will Lester/Inland Valley Daily Bulletin/SCNG via AP)

"He believed he was under attack," Winslow said. "That's when the shooting started."

By the time it was over, 32-year-old Kenneth French was dead and his parents critically wounded.

A Corona police spokesman said during a news conference shortly after the shooting that witnesses had reported hearing an argument. A statement from the department the following day, however, did not mention a verbal altercation and said the alleged attack on the officer occurred "without provocation."

But his cousin, Rick Shureih, disputes the account released by authorities, telling the Press-Enterprise that French was "non-violent, non-aggressive, nonverbal" and a "gentle giant."

“He’s not the kind to trade words, so I don’t believe that a verbal confrontation happened," he told the paper.

In a now-deleted Facebook post, Shureih, who was not at the store when the incident happened, questioned the necessity of the shooting.

"This is a family that was unarmed and was just grocery shopping," he wrote. "Truth will come out! I’m sure this was a misunderstanding that got escalated for no reason!"

Witnesses reported seeing an argument between two people near a freezer section when shots rang out at least six times. The shooting prompted a stampede of frightened shoppers, some of whom fled the store while others sought cover inside.

A law enforcement official told the L.A. Times the officer didn't know about French's reported disability at the time of the altercation.

The Corona police department investigate a shooting inside a Costco in Corona, Calif., Friday, June 14, 2019. (Will Lester/Inland Valley Daily Bulletin/SCNG via AP)

The officer — who has been with the LAPD for seven years and currently works in the Southeast Division — was interviewed Monday by LAPD investigators as part of the department's administrative probe, Winslow said. He is on paid administrative leave that is mandatory after an officer-involved shooting.

The Riverside County District Attorney's Office issued a statement urging the public to be patient. Once Corona police finish their investigation, prosecutors will review and consider whether to bring criminal charges. Police have not said if French had any weapons or if the officer identified himself as a police officer before firing his weapon.

The department's policies allow off-duty officers to carry concealed weapons as long as they are authorized for on-duty use, according to the LAPD manual.