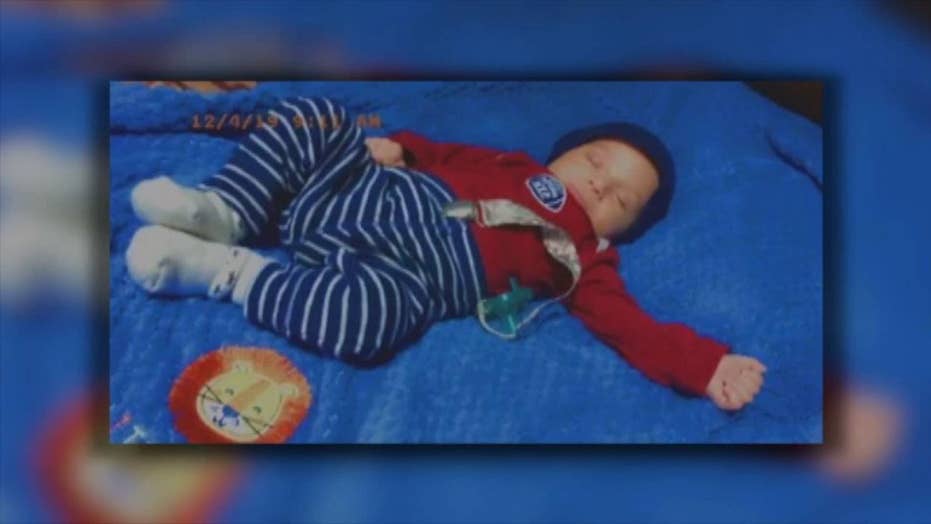 Newborn miraculously survives being throw from car during collision

Six-week-old Ezra Benitez was throw from the back seat during the car crash, officials found him still in his car seat with only minor injuries.

A newborn miraculously survived being ejected from a vehicle in a car crash in California on Sunday night.

Ezra Benitez, 6 weeks old, and his family were in their SUV on Highway 99 when they crashed, their vehicle flipping several times before coming to a stop, California Highway Patrol (CHP) said.

Ezra was found down the shoulder of the road, upside down in his car seat. He miraculously had only minor injuries.

The baby’s car seat had not been properly installed and was flung out. Ezra’s father, Ulizes Benitez, said he crawled out of the wreckage and began frantically searching for his son. Firefighters arrived soon after and found the baby unscathed.

" ... And there he was on top of a bush the car seat not one bit of dirt on it like he landed perfectly and clean no scratches," Ulizes wrote to Fox 40.

"I’ve been on for 17 years. I’ve never seen anything like this before," CHP Officer Thomas Olsen said.

Ezra’s father and toddler-aged brother were unharmed; his mother was still in the hospital with rib, tailbone and pelvic fractures as of Wednesday.

"We can sit here today with a smile on our face knowing that nobody was seriously injured," Olsen said. "But this is a good learning moment for all of us who have children that the proper installation of a car seat is so important."

"I’m so thankful to God and all the first responders that got there to help me and my family. And the team at UC Davis that help treat my baby boys I’m thankful for everyone that God put in our path to help us. If there is something I have to say about this year is that I am beyond blessed and thankful," Ulizes wrote to the outlet.