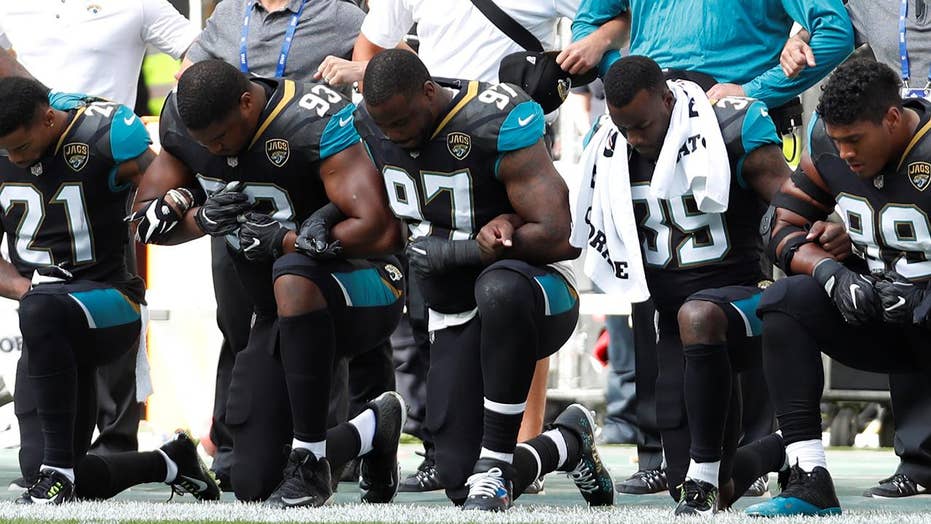 California’s NAACP is pushing for state lawmakers to support a campaign to remove “The Star Spangled Banner” as the country’s national anthem.

The group says the song, which has been a point of controversy in the NFL, is “one of the most racist, pro-slavery, anti-black songs in the American lexicon,” The Sacramento Bee reported Tuesday.

The NAACP’s California chapter last week reportedly sent out two resolutions, which had been passed at the organizations state conference last month.

One of the resolutions was to support the removal of the anthem, while the other is an effort to get the NFL to fit former player Colin Kaepernick onto a team.

Kaepernick, a former San Francisco 49ers quarterback, was the first NFL player to kneel during the national anthem, which is typically played before games.

California's NAACP has passed a resolution aimed at getting the NFL to fit former player Colin Kaepernick on to a team. (AP Photo)

“We owe a lot of it to Kaepernick,” California NAACP President Alice Huffman told The Sacramento Bee. “I think all this controversy about the knee will go away once the song is removed.”

Huffman said she wrote the resolutions after President Trump said NFL owners should fire players who protest during the anthem.

TRUMP: NFL SHOULD HAVE SUSPENDED COLIN KAEPERNICK FOR KNEELING

“Trump got in the middle of it. He blew it out of proportion,” Huffman said of the president, who labeled players who kneel as a "son of a b---h" during an Alabama rally.

The U.S. Congress should adopt a new national anthem that’s not “another song that disenfranchises part of the American population,” Huffman said.

“The Star-Spangled Banner” has been the nation’s anthem since 1931, when President Herbert Hoover signed a congressional act making it the song of the United States.