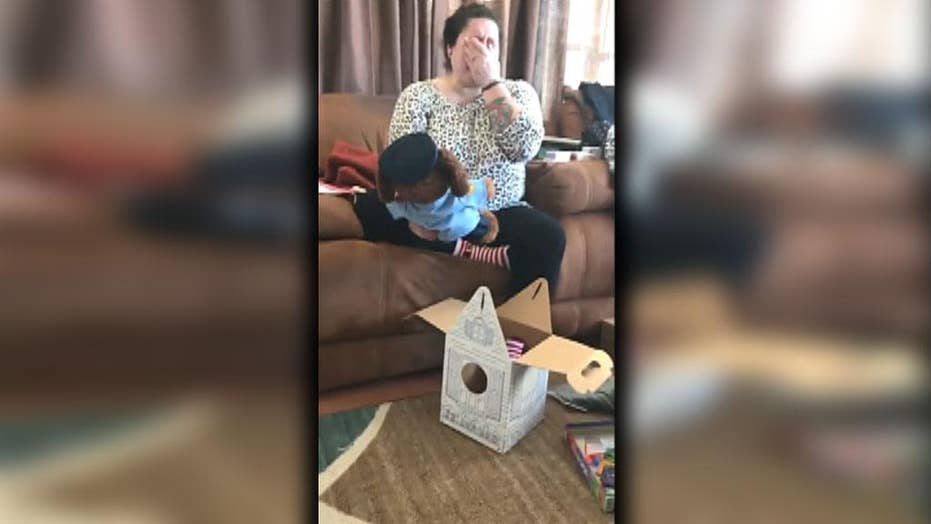 The voice of a California woman's deceased son is preserved forever, thanks to a thoughtful gift from her daughter on Christmas Eve.

Sean Tanner, a former police officer with the China Lake Police Department, died in October, news station KXAN reported. He was 21  years old at the time. The cause of death is not clear.

But the loss prompted Tanner’s older sister, Brittany, to give her parents a precious gift: a plush bear from Build-A-Bear Workshop that plays a recording of the fallen officer’s voice when its paw is pressed.

"Officer Tanner, about to get no sleep for the first time. I'm feeling good," the recording says, causing Tanner’s mother, who has not been identified, to break into tears.

Brittany later took to Twitter with the video of her mother’s reaction to the gift. As of Thursday afternoon, the movie video snippet had more than six million views and 340,000 likes.

"I am completely overwhelmed by the reaction to the video I posted. The outpouring of love and support is something else and my family is beyond thankful. I posted a moment that happened during our first Christmas without my little brother. I never expected it to go this viral," Brittany later wrote on Twitter.

"I would just like to comment that everyone grieves differently. My family has a need to hear his voice, it’s not ripping open a wound (like people have said) because our wound hasn’t closed and probably never will. My mom LOVES her gift! To everyone who has reached out with kind," she added.