The family of a California man who died last year in an Oakland-area jail after being arrested during a dispute over wearing a mask on a bus has now filed a lawsuit against Alameda County, alleging staff at the prison denied him "medications he so desperately needed."

Maurice Monk, 45, died Nov. 15 inside the Santa Rita Jail from "heart and/or blood pressure complications" due to a lack of medical care, according to a lawsuit filed Monday in U.S. District Court for the Northern District of California.

"When Maurice Monk was brought to defendant Alameda County’s Santa Rita Jail on October 11, 2021, he was arrested and being held after having a verbal disagreement for not wearing a mask on a bus and missing a court appearance for a minor nonviolent misdemeanor," the lawsuit states.

"Despite his sister’s efforts to alert jail staff that Mr. Monk was under a doctor’s care and taking a number of prescribed medications, the jail’s staff failed to provide the medications to Mr. Monk," the filing added.

"Foreseeably, his health quickly deteriorated, and the staff’s failure ultimately robbed Mr. Monk of his life and the plaintiffs of their loving father," the lawsuit states. The complaint alleges the death was preventable and that it happened as a result of Monk "being denied adequate medical care despite his family’s repeated efforts to ensure jail staff gave him the medications he so desperately needed.

"Mr. Monk became the 57th death to occur at Santa Rita Jail since the year 2014," the lawsuit states. "In fact, Mr. Monk was not even the only person to die that day at Santa Rita."

At the time of Monk’s death, Alameda County Sheriff’s Office Lt. Ray Kelly, a spokesperson for the jail, said it was "unfortunate," according to KTVU. 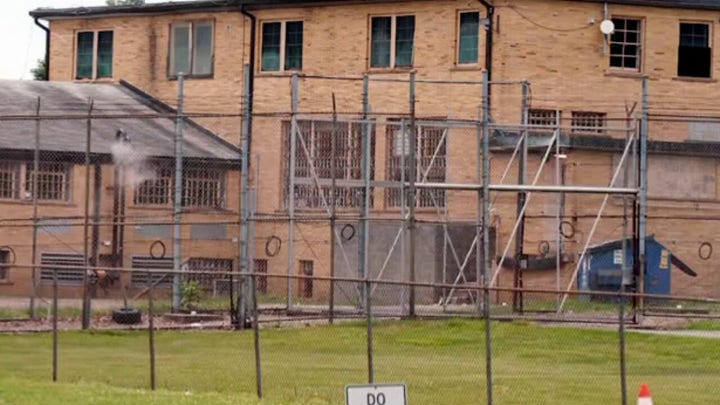 "Many of the people who come to us suffer from serious illness, poverty and lack of access to regular external health care in the community," Kelly reportedly told the station.

Monk’s death certificate lists hypertensive cardiovascular disease as his cause of death, according to the lawsuit.

The complaint says Monk's family is seeking a jury trial.