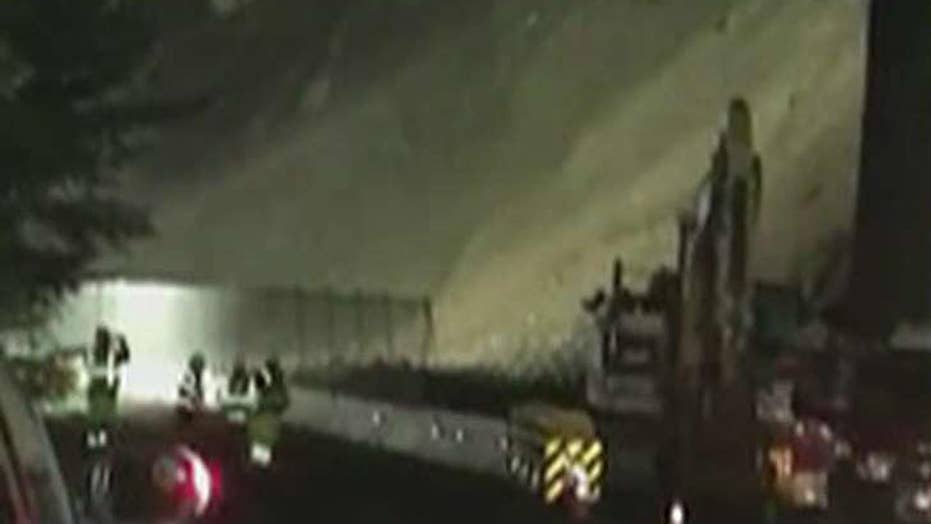 For the second time in two months a landslide in California has forced crews to close the 101 Freeway.

The latest incident, which occurred in northern Mendocino County, was recorded on video.

Photographer Wendy Kornberg captured the dramatic moments as road crews standing at the bottom of a hillside quickly escaped to safety as dirt and rocks fell onto the freeway.

Four workers in safety gear could be seen leaving the site of the incident before quickening their pace as large rocks began dropping onto the road. A concrete barrier was also knocked over in the incident, which wound up shutting down the freeway for approximately six miles north of Leggett.

The California Department of Transportation, which noted that the landslide was “sporadically active” during the day, said that the area is prone to rock slides. That’s limited the ability of crews to clean up the area. Accordingly, the highway will remained closed as crews attempt to remove the rocks and dirt that dropped onto the road.

The same section of highway has already been closed once this year due to a landslide, according to NBC.