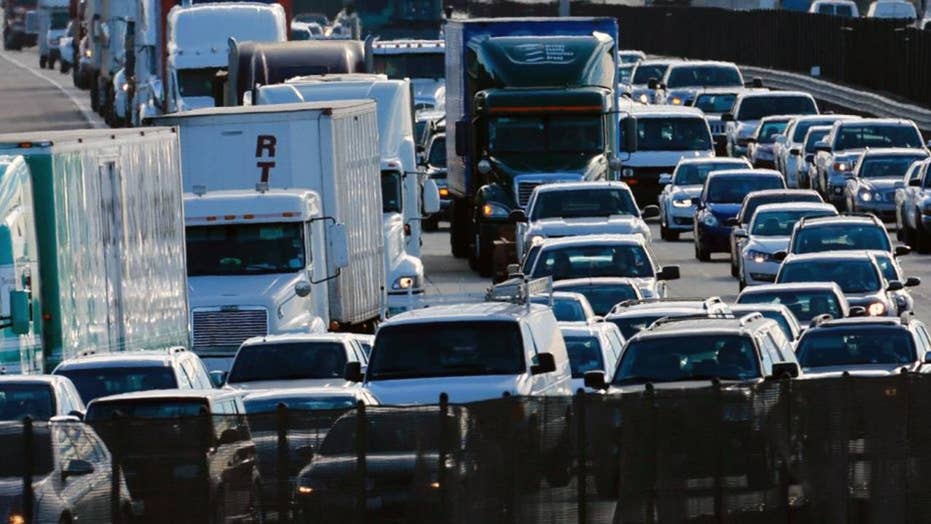 California has worst quality of life among U.S. states according to study by U.S. News.

Awards season is in full swing in California, and the Golden State just took home a booby prize of its own.

California ranks dead last among U.S. states in quality of life, according to a study by U.S. News, ranking behind New Jersey (49th) and Indiana (48th).

“In addition to a healthy environment, a person’s quality of life is largely a result of their interactions with those around them,” the magazine wrote in a blurb accompanying the results.

One way to measure quality life is whether residents can even afford to have a roof over their heads, and by that standard, California is failing.

Karen Souza, 55, poses for a portrait with her dog Handsome by the tent in which she lives, under a freeway on a street in Los Angeles. (Reuters)

A 2017 Harvard University report said that one-third of renters in the Los Angeles area are “severely rent burdened,” meaning they spend at least half their income on housing. The median rent for a one-bedroom apartment in Los Angeles County has increased 67%, according to Zillow’s Rent Index, the Los Angeles Times reports.

Homelessness has surged a stunning 75 percent in the last six years, the Los Angeles Times reports, and there are now at least 55,000 homeless people in the county.

U.S. News ranked each state in seven other areas, which were weighted based on a survey that determined their importance to the public: health care, education, economy, opportunity, infrastructure, crime and corrections, and fiscal stability.

Regarding its budget, California does have a balanced budget under Gov. Jerry Brown, a Democrat, but the Standard & Poor’s rating agency recently warned that the good times won’t last.

“California’s finances are roaring back,” the agency’s report said. “History would suggest, however, that any fiscal renaissance will be temporary.”

If the stock market shifts from gains to losses, Standard & Poor’s said, the budget could be negatively impacted in a major way because about half of the state’s revenue comes from the wealthiest 1% in California.

California finished No. 43 in fiscal stability, No. 46 in opportunity, and No. 38 in infrastructure. It posted relatively high marks in health care (11th), economy (4th), and crime and corrections (28th).

Which state has the best quality of life? North Dakota, according to the study.

Iowa, which scored highly in infrastructure and health care, took the No. 1 overall “best state” in the rankings.