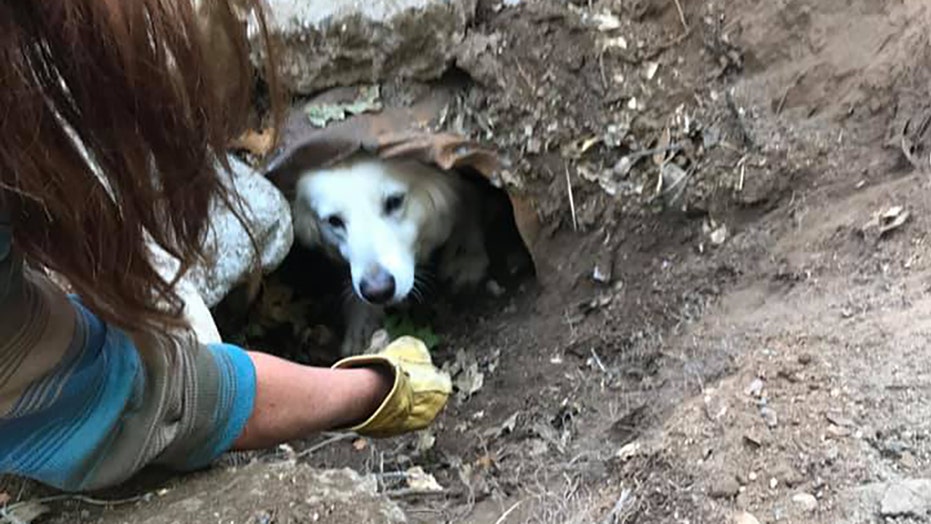 California firefighters saved an adventurous dog from inside a narrow culvert pipe on Tuesday using tools more powerful than the Jaws of Life: tasty treats.

Placer County firefighters of Alta Station 33 responded and maneuvered her leg free, according to the post. A photo showed the dog’s head sticking out of the pipe as she was coaxed out with a treat.

A rescue team coaxed the dog out with treats after dislodging its trapped leg. (CAL Fire NEU)

The exact circumstances of how the dog became stuck were unclear.

The dog’s brother was waiting at the scene when his sister was freed. The two were safely returned home and “ready for the next escape to explore the neighborhood,” firefighters said.

The pup was reunited with her brother at the scene, firefighters said. (CAL Fire NEU)

“Thank you so much Cal Fire,” one user wrote. “We appreciate all that you all do.”