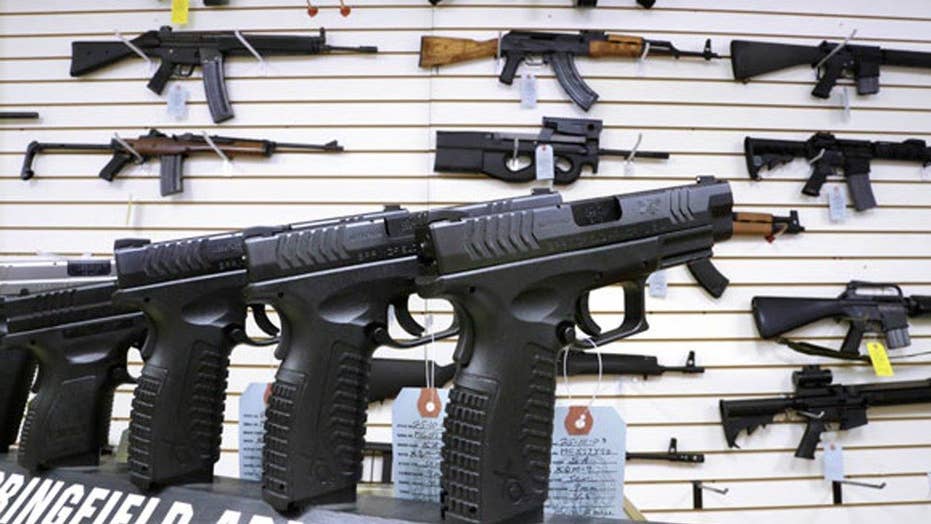 California gun owners who have already passed background checks should not have to endure a 10-day waiting period every time they buy another firearm, according to Second Amendment advocates who are fighting the state in federal court for a second time in two years.

Blanket application of the Golden State’s longstanding waiting period was ruled unconstitutional by a federal judge in August 2014, but Attorney General Kamala Harris has kept it in place while the state appeals the ruling. At issue in Silvester v. Harris, argued last week before the 9th Circuit Court of Appeals in San Francisco, is whether applying the waiting period to already-vetted gun owners serves a valid purpose.

"There is no government public safety interest in a waiting period if you already own a gun and have gone through a background check,” Alan Gottlieb, founder of the Second Amendment Foundation, told FoxNews.com. “This is clearly only about a right delayed being a right denied.”

"There is no government public safety interest in a waiting period if you already own a gun and have gone through a background check.”

Gottlieb’s group and The Calguns Foundation filed the original suit in 2011 on behalf of gun owners Brandon Combs, who is Calguns’ executive director, and lead plaintiff Jeffrey Silvester.

Californians who have passed background checks and who have been issued a state Certificate of Eligibility or a California License to Carry are being deprived of their Second and Fourteenth Amendment rights in being made to wait for each new purchase, according to the lawsuit.

Harris, whose office declined to comment, argued in the initial case that the Founding Fathers would not have been troubled by the waiting period, given that citizens in their time lived on isolated farms and often traveled for days to make purchases. Harris also asserted that the waiting period makes it more difficult for “straw purchasers” to buy guns for criminals.

Waiting periods also are known as “cooling off” periods and “have obvious benefits in preventing suicide,” according to Ladd Everitt, spokesman for the Coalition to Stop Gun Violence. He noted that suicide attempts using guns are much more likely to be lethal than other means, and said a waiting period can often stop an impulsive act that cannot be undone.

In the lower court decision, District Judge Anthony Ishii ruled the California waiting period law violated Second Amendment rights of citizens and should be replaced with the Federal National Instant Criminal Systems (NICS) adopted by most other states. Ishii concluded that there was no evidence that the waiting period for a newly purchased firearm would prevent “impulse acts of violence by individuals who already possess a firearm.”

Waiting periods have typically gone down as the technology for performing background checks improved, according to California-based firearms instructor and risk analyst Dennis Santiago.

Chris Eger of Guns.com told FoxNews.com that the federal government stipulated in 1994 that waiting periods should only last three days, and that most checks done through the FBI’s NICS system take only a few minutes to process.

Silvester’s attorney, Don Kilmer, said victory at the district court level does not mean an appeal will be upheld. A decision could be months away.

“We won in trial court because the trial judge was not persuaded by the evidence submitted by California that the waiting period would have any public safety benefits,” he said, adding that the case is itself a microcosm of conflicting gun laws. “One department finds a gun legal. Another finds it illegal. Conflicting opinions are expressed.”