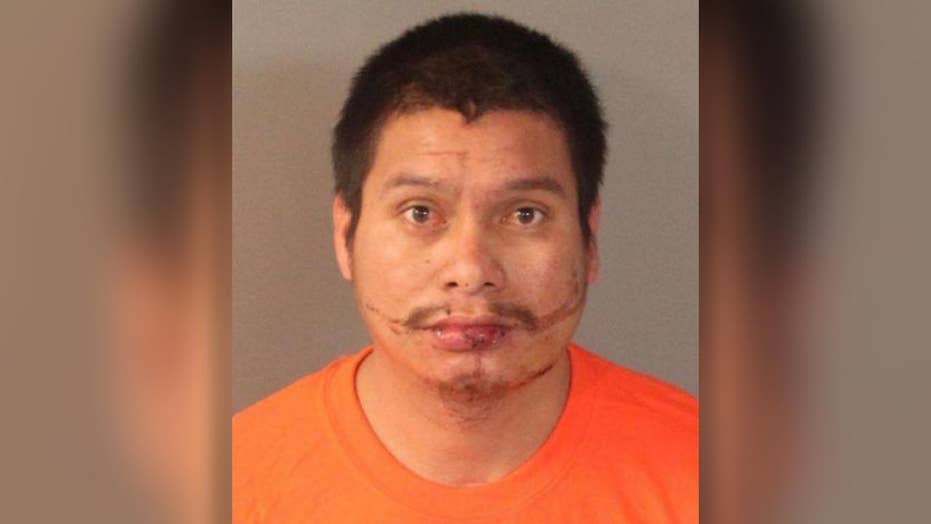 Dad punches man who allegedly tried to kidnap his daughter

California father punches man in face who was allegedly trying to kidnap his 3-year-old daughter.

A quick-thinking father decked a man who was allegedly attempting to kidnap his 3-year-old daughter and punched him twice during the confrontation, The Sacramento Bee reported.

The girl had been playing at the park-- 33 miles northeast of Sacaramento-- while her mother and the mother’s boyfriend were walking their dog nearby.

A suspect identified by police as Yonel Hernandez-Velasco, 26, allegedly walked up to the girl, took her hand and began “skipping through the grass.”

The boyfriend confronted the suspect who started acting “aggressively,” the Placer County Sheriff’s Office said. The mother then called the girl’s father who lived at an apartment across the street.

"He just looked at me like [shrugs] and I was like, ‘Wow no big thing, huh bud?' You just tried to kidnap my daughter," Fred Cantrell Jr., the toddler's father, told WGNTV.com.

The suspect pulled out a pair of handcuffs from his pocket and used them as brass knuckles, authorities said. The suspect allegedly charged at Cantrell who punched him. The suspect fell to the ground, got up and charged Cantrell for a second time and was punched again, the news release said. After the second punch, the suspect remained on the ground until authorities arrived.

A group of boys who had been playing basketball told police the suspect had approached them asking to buy their basketball, The Bee reported. When they refused, he allegedly showed them his pair of handcuffs and said he could handcuff one of them and drag them into the pond.

Hernandez-Velasco was booked on charges of suspicion of kidnapping, attempted kidnapping, and assault with a deadly weapon.