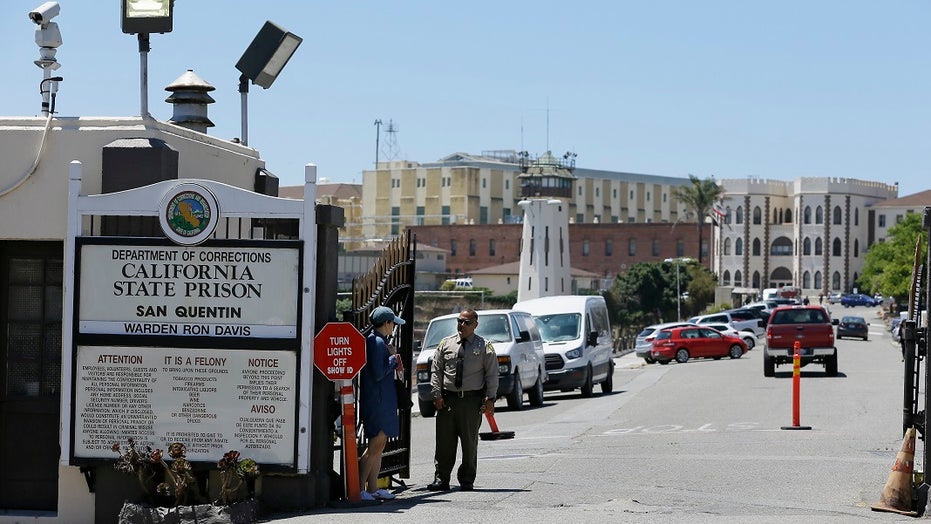 California will release around 8,000 prison inmates early in an effort to slow the spread of the coronavirus in state correctional facilities, with more than half expected to return to society by the end of July, officials said Friday.

The move will allow prisons to use the extra space to impose social distancing rules, isolation and quarantine measures, the state Department of Corrections and Rehabilitation said in a statement.

“These actions are taken to provide for the health and safety of the incarcerated population and staff,” CDCR Secretary Ralph Diaz said. “We aim to implement these decompression measures in a way that aligns both public health and public safety.”

A Department of Corrections officer guards the main entryway leading into San Quentin State Prison in San Quentin, Calif. Corrections officials said Friday that up to 8,000 state prison inmates could be released in an effort to prevent the spread of the coronavirus in correctional facilities. (AP Photo/Eric Risberg, File)

The department estimates 8,000 inmates could be released by the end of August, providing they meet several criteria. Prisoners with a year or less left on their sentences are eligible for early release. Those with convictions of violent felonies and sex crimes are not.

Anyone released from custody will be tested for the virus within seven days of their return to society, the CDCR said.

Several states have opted to release some prison inmates early amid a surge in infections in correctional institutions. California has reduced its prison population by 10,000 since mid-March, when the COVID-19 pandemic first triggered government protection measures in the United States.

As of Friday, the state prison system reported 5,841 coronaviruses among inmates, which increased by 864 in the past two weeks.

In San Quentin State Prison in San Francisco's Bay Area, infections among prisoners soared after the transfer of 121 inmates from the California Institution for Men in Chino, which reported hundreds of cases amid crowded conditions.

A third of San Quentin's 3,500 inmates tested positive for COVID-19 following the transfer.

Anne Irwin, director of nonprofit advocacy group Smart Justice California, applauded Friday's announcement, which she said will "protect the lives of people living and working inside prisons and in surrounding communities."

“We applaud the Governor for working on two crucial fronts: getting the most vulnerable people out of harm’s way and stemming the spread of COVID-19 inside prisons and neighboring communities,” Irwin said in a statement.