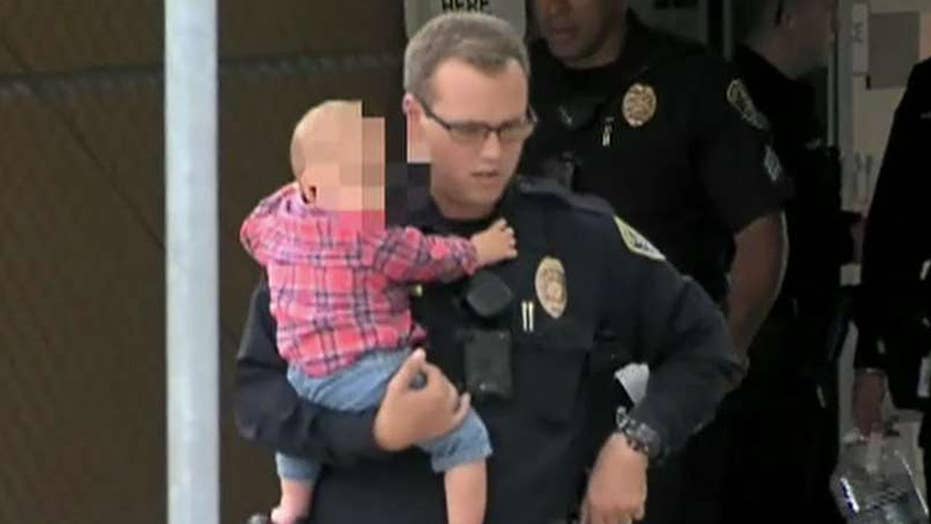 A mother holding a 10-month-old baby and waving a gun was tackled at a California church on Easter Sunday and arrested after she made threats to blow up the building.

A mother in San Diego holding a 10-month-old baby while waving a gun was tackled at a church on Easter and ultimately arrested after she made threats to blow up the building, according to reports.

A service was ending at the non-denominational Tsidkenu Church in the Clairemont community of San Diego when "a lady came in with a gun and started talking delusional stuff," Ronald Farmer told Fox 5.

"After she started pointing the gun at the baby, one of the older gentlemen grabbed it from her, and then me and a couple of other men tackled her," said David Michael Miller, as KABC reported. "We got the baby away from her. A few minutes after that, the cops came in. She was trying to run away or something so a cop tackled her through a row of chairs. They arrested her and pulled another gun out of her bra."

The suspect was identified as Anna Conkey, 31.

No one, including Conkey, was injured. Police said the gun wasn't loaded.

San Diego Police Department said she was booked into jail on charges of “making criminal threats and displaying a handgun in a threatening manner.”

"We knew who she was. She had been coming on and off for a little bit of time. And we had been praying for her because we wanted to see her set free," Ben Wisan, a church leader, said.