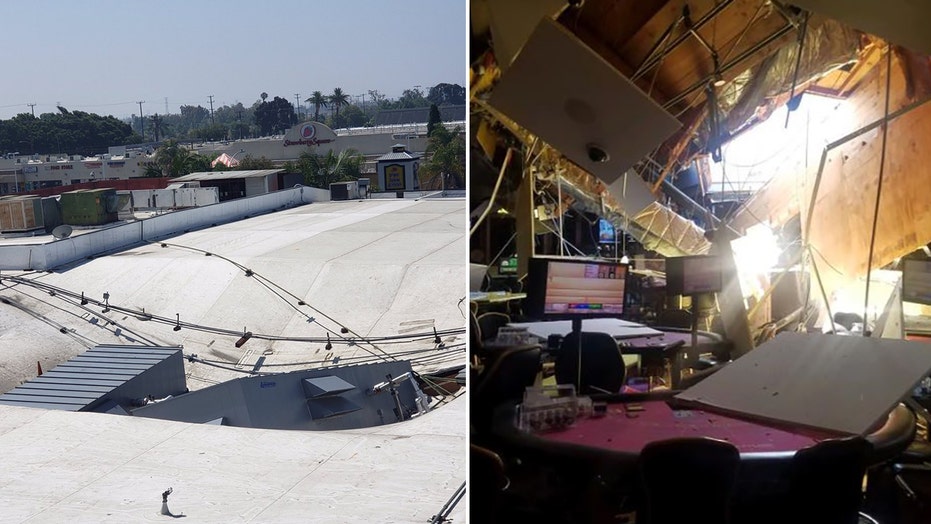 A partial roof collapse at a California casino on Monday resulted in multiple injuries, authorities said.

First responders rushed to Larry Flynt's Lucky Lady Casino in Gardena after a portion of the roof near the building’s center caved in. Police called the scene an “active incident” and said there were “unknown injuries” at this time.

While police didn’t immediately confirm the number of injured, the Los Angeles County Fire Department said 11 people were injured, with one "moderate" and 10 minor injuries. Seven people were transported to the hospital, fire officials said.

Police released pictures from inside the casino showing ceiling panels, sheetrock and other debris scattered across gaming tables. Fire officials posted a photo from the roof, showing two rectangular-shaped trailers sunk into the partially collapsed area.

The cause of the collapse is under investigation.