Barricades go up around the Supreme Court ahead of possible Roe v. Wade ruling

California lawmakers took a step closer Monday to amending the state constitution to guarantee the right to an abortion and contraception.

The state Senate approved Senate Constitutional Amendment 10 in a 29-7 vote in a push to protect abortion rights. The bill moves to the state Assembly where two-thirds of lawmakers must approve it by June 30.

If approved, the matter will go before California voters in November. The bill would amend California's constitution to prohibit the state from "denying or interfering with an individual’s reproductive freedom in their most intimate decisions," according to the bill's text.

"In CA, we will protect women and families, and affirm that abortion and contraception are a private matter between a patient and their medical provider," tweeted State Sen. President Pro Tempore Toni Atkins, who introduced the legislation earlier this month. 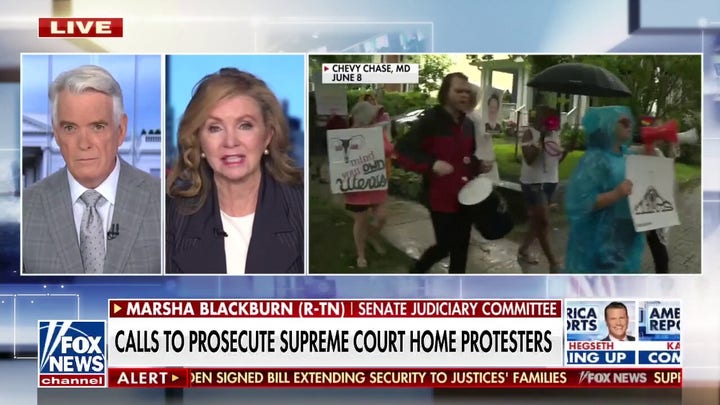 The push comes as red states have passed a number of laws to restrict access to abortion and the leak of a U.S. Supreme Court opinion that showed the justice may overturn Roe v. Wade, the landmark 1973 decision that guaranteed federal abortion rights.

"We look forward to working with California Assembly leaders and members to ensure #SCA10 moves quickly so California voters have the opportunity to reaffirm their overwhelming support for abortion care and contraception, and uphold California’s values of access and equity," the group tweeted.

Democratic State Sen. Josh Newman also weighed in, saying: "We cannot and will not stand idly by as women across America are stripped of their rights."

Not everyone is backing the bill. Earlier this month, the California Catholic Conference criticized the legislation.

People rally in support of abortion rights at the state Capitol in Sacramento, Calif., in May 2019. A proposed amendment to the state constitution that would protect the right to an abortion and contraceptives was approved by the state Senate Monday.  (AP Photo/Rich Pedroncelli)

"This constitutional amendment as written will legalize and protect abortion up to the point just prior to delivery," said Kathleen Domingo, the group's executive director. "It is distressing that so many California legislators would sign their names to legislation that allows the taking of a human life moments before birth."

There was no word on when the Assembly will vote on the matter.