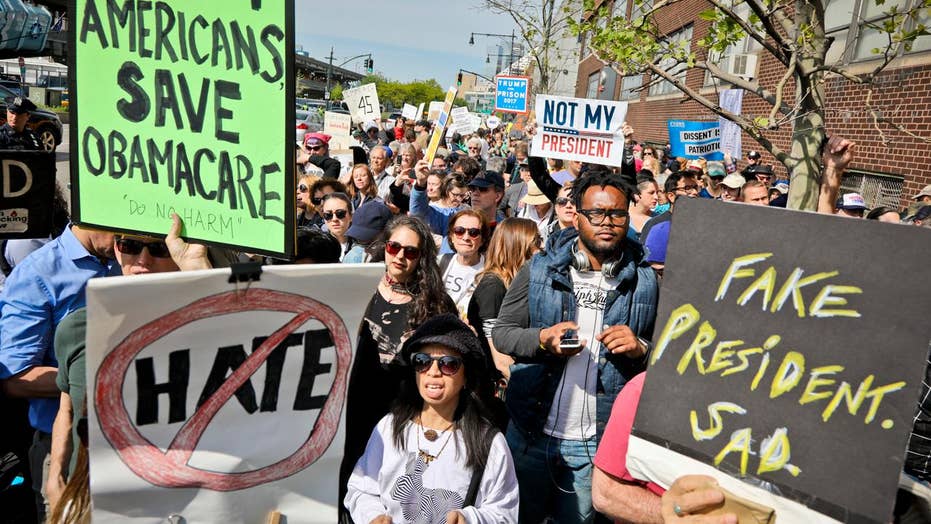 Indiana’s Butler University is toning down the rhetoric surrounding an anti-Donald Trump course being offered to students this fall.

“This course explores why and how this happened, how Trump’s rhetoric is contrary to the foundation of the U.S. democracy, and what his win means for the future,” read the first description on Butler’s website. The course also promised to “discuss, and potentially engage in, strategies for resistance.”

But by Friday the description of the class, slated to run from August until December, had been moderated significantly.

“The course will provide context and depth for student citizens as we look to historical and current texts by renowned authors as well as read excerpts from Trump's own ‘The Art of the Deal,’ ” the new description read. “Students will potentially attend, as participant observers, campus and community events to witness ongoing responses to Trump's presidency and campaign.”

TRUMP IS MORE DANGEROUS THAN ISIS, SOME HARVARD STUDENTS CLAIM

The response to the course from conservatives on campus has been one of concern.

“You know, when I first found out, they initially used the terms ‘strategies of resistance.’ I didn’t know initially what they were trying to mean by that,” Jacob Lenfestey‏, the President of Butler University’s College Republicans told Fox & Friends on Friday.

“What I do know is just days after the election Butler President James Danko had sent out a student-wide e-mail, and in that he had made a point to say that we should all accept President Trump as the winner of the election and move forward after months of negative political discourse. And I feel like, you know, the initial terms that they had used just don’t line up with President Danko’s goals,” he said.

Students at Butler University pay around $36,000 in tuition.