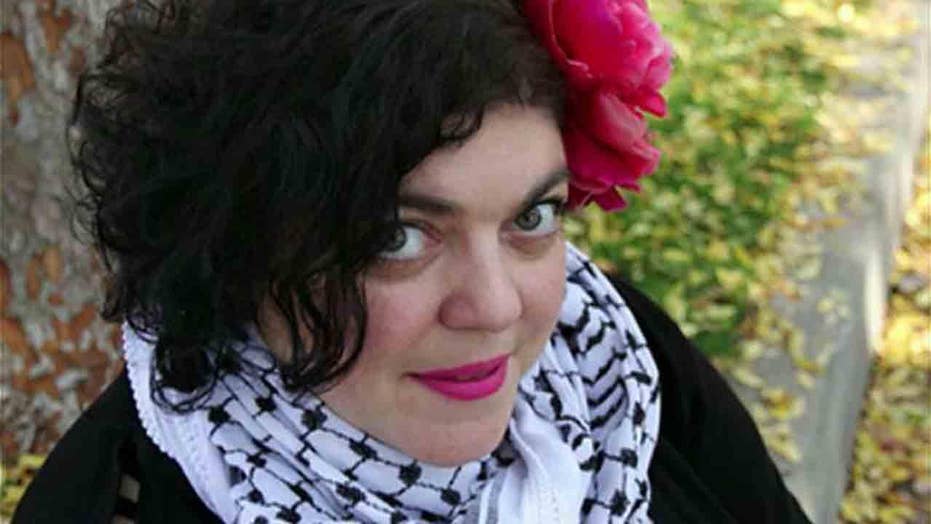 The infamous California university professor who relished in the death of former first lady Barbara Bush is back at it again.

“We don’t have to wait for them to f--- up,” Jarrar allegedly wrote. “The fact that they hold these positions is f--- up enough.”

The tenured professor seemed to be reacting to a 14-line poem written by a “white male” published in the far-left magazine the Nation, the Washington Times reported.

Amid criticism, the poetry editors of the Nation dubbed the poem “ableist” and apologized for “the pain” they caused to “affected” communities.

In April, Jarrar drew public backlash for calling Barbara Bush an “amazing racist” who raised a “war criminal” – a reference to her son, President George W. Bush -- only an hour after the news of the former first lady's death was made public.

“[E]ither you are against these pieces of s--- and their genocidal ways or you’re part of the problem,” Jarrar said in a follow-up tweet. “I’m happy the witch is dead. can’t wait for the rest of her family to fall to their demise the way 1.5 million iraqis have.”

Jarrar merely gloated in the face of near-universal backlash -- which included threats by Fresno State donors to no longer support the university -- and boasted of her $100,000 annual salary.

“I work as a tenured professor,” she said. “I make 100K a year doing that. I will never be fired. I will always have people wanting to hear what I have to say.”

She also bashed farmers as being "f---ing stupid" supporters of President Donald Trump.

According to the Bee, Jarrar is scheduled to resume teaching at the university in the fall. In April, Fresno State's president decided that Jarrar's views were protected by the First Amendment of the U.S. Constitution.