A week after two gamers from the "Madden NFL" community were fatally shot at a tournament in Florida, a competitor will be back using his game controller as part of a livestream gaming event coordinated to benefit the victims of the mass shooting.

Shay "Young Kiv" Kivlen, 21 — who competed in Sunday's tournament in Jacksonville — will play in the EA Sports game against Mike Evans, wide receiver for the Tampa Bay Buccaneers, on Monday on the livestream fundraising platform Tiltify to benefit the families of Eli "TrueBoy" Clayton and Taylor "SpotMePlzzz" Robertson, who were both killed in the attack.

WHAT WAS THE 'MADDEN NFL 19' GAMING TOURNAMENT IN JACKSONVILLE?

The event was coordinated by March For Our Lives founder Cameron Kasky, who told Fox News that the shooting at the Jacksonville Landing "hits very close to home."

"It is sad when anyone becomes part of this sad group of 'survivors of a mass shooting,'" Kasky said. "I feel it is my duty as a member of that group to do anything I can to help."

Kasky survived one of the deadliest mass shootings in modern U.S. history in February when a student opened fire at Marjory Stoneman Douglas High School in Parkland — hundreds of miles away from Jacksonville — and killed 17 people.

Kasky said that when he saw what happened in Jacksonville, he "wanted to do something powerful without politicizing it right away." He added that he reached out to those involved with Sunday's tournament, and, since "they are gamers," he said they "decided to do gaming livestreams to raise funds."

Kivlen, who left the tournament early on Sunday after he lost a game, said that he hasn't been able to play since the shooting, as "it's been too hard for me to pick up my controller."

However, he said he's excited to play against Evans on Monday, because he's "just trying to do whatever [he] can to help their families in this devastating time."

"The Madden Community is a family and we are not going to let this awful tragedy break us, instead, we are going to get stronger, unify, and continue doing what we love," Kivlen told Fox News. 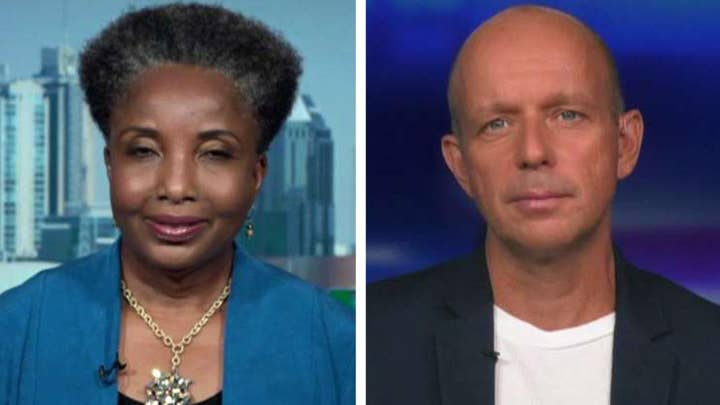 Those who tune into the "Jacksonville Fallen Gamers Fund" can donate to shooting victims' families during the livestream, or through Tiltify's website.